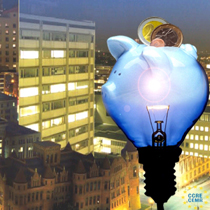 Save energy, save money, save the climate - Local and regional actions (CEMR seminar - 31 January 2007)

The Council of European Municipalities and Regions (CEMR) is organising a seminar on climate change, in the framework of the EU Sustainable Energy Week, in Brussels, on 31 January 2007.
How can local and regional governments take action to save energy, save money, save the climate? What local and regional authorities are already doing to mitigate climate change and adapt to it? How to improve the cooperation between all levels of governance? These are some of the questions CEMR will raise during its seminar.
Speakers will include Oldrich Vlasak, CEMR's executive president and Member of the European Parliament; locally elected representatives from several cities such as Groningen (Netherlands), Nantes (France), Munich (Germany) or Oslo (Norway); and representatives from the OECD, the European Commission and Parliament.
CEMR will also make policy recommendations to the European Commission on how to involve the local and regional levels in mitigation and adaptation policies.
This seminar is organised under the umbrella of the EU Sustainable Energy Week. The EUSEW is aimed at raising the awareness of stakeholders and the general public on sustainable energy. It will consist of conferences and exhibitions organised by the major stakeholders in the field of energy and will take place in Brussels and in other cities across Europe.
CEMR seminar
Date: 31 January 2007
Venue: Brussels - Charlemagne building, room S1, 170 Rue de la Loi
Programme of the seminar
CEMR's seminar: Save energy, save money, save the climate - local and regional actions
The EU Sustainable Energy Week
Dates: from 29 January to 02 February 2007
Venue: Brussels + "Les Assises de l'Energie" in Grenoble (France), and "the Spanish Sustainable Energy Week" in Murcia (Spain)
No participation fee
On-line registration
The European sustainable energy week website (only in English)