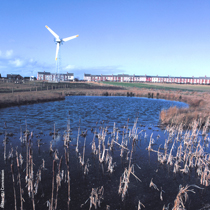 The second European Sustainable Energy Week (EUSEW) will take place in Brussels and in other cities across Europe from 28 January to 1 February 2008.
The week is aimed at raising awareness of stakeholders and the general.public on sustainable energy. The events organised during the week will cover a wide range of topics in the field of sustainable energy development; from renewable energy sources to energy efficiency, from EU policy to local action, from distributed energy to planning, from technologies to markets, from buildings to transport.
One of the week's highlights will be the Covenant of Mayors: The Contribution of Local Actors Towards a Sustainable Europe. The main aim of this covenant is to reinforce and acknowledge actions taken by cities in the field of sustainable development, as well as to leverage on a better dialogue between the local and European level.
Participants should include Andris Piebalgs, Energy Commissioner, along with mayors from a number of European cities including Michel Delebarre, mayor of Dunquerque, outgoing President of European Union Committee of the Regions; Bärbel Dieckmann, mayor of Bonn; Gérard Collomb, mayor of Lyon; Alberto Ruiz-Gallardón, mayor of Madrid; Letizia Moratti, mayor of Milan; Christian Ude, mayor of Munich; Jean-Marc Ayrault, mayor of Nantes; Janis Birks, mayor of Riga.

The EUSEW is organised by the European Commission, the European Institutions, the Slovenian Presidency and major stakeholders concerned with sustainable energy including the Council of European Municipalities and Regions (CEMR).

The Covenant of Mayors: The Contribution of Local Actors Towards a Sustainable Europe