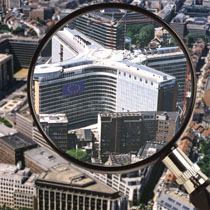 Transparency initiative: 'Local and regional governments are not private or NGO lobbyists!"

European and national associations of local and regional authorities cannot be considered as lobbyists in the same way as the private or voluntary sector. This is the main concern in the Council of European Municipalities and Regions' (CEMR) response to the consultation on the EU Commission's Transparency Initiative launched in 2006.
CEMR welcomes the Commission's proposals on transparency and interest groups. However it believes that local and regional governments and their associations play a very different role in Europe's governance system.
Strengthening this role - in place of the excessive trends in recent years towards centralisation at European and national levels - is an important way of tackling the divide between the EU institutions and European citizens.
CEMR therefore suggests that any future register for interest groups should make a differentiation between those representing the public sector and those acting on behalf of the private or voluntary sector.
In the context of consultation procedures, CEMR notes the important contribution of the structured dialogue with European and national associations of regional and local government. CEMR holds that there is scope for improvement and would be delighted to be involved in the evaluation of the process.
CEMR also supports a code of conduct, to be developed by a cross-section of different actors. However, CEMR is opposed to the creation an external watchdog, which would create an unnecessary extra layer of bureaucracy. Instead, it should be an integral part of the EU governance system, with internal checks and balances built into the political process.
CEMR's full response to the EU Commission's Transparency Initiative
Background information
The European Transparency Initiative has been adopted by the Commission on 09 November 2005. A Green Paper was published in May 2006 to launch a debate with all the stakeholders on the overall approach to transparency, ranging from fuller information on the Community Funds, to professional ethics in the European institutions, to European consultation mechanisms and the role of lobby groups and civil society organisations in the European institutions' decision-making process.
The European Commission's Transparency Initiative