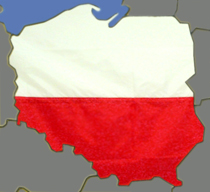 Second round of local elections in Poland: liberal centre-right party wins in Warsaw

The "Civic Platform" (PO, liberal centre-right party) have won the mayoral seat of Warsaw, the Polish capital, following the local elections of 26 November 2006.
With 53% of the votes in Warsaw, Hanna Gronkiewicz-Waltz (PO) is the first-ever woman mayor of the capital. Her rival, former Prime Minister Kazimierz Marcinkiewicz and candidate from the "Law and Justice" party (PiS, conservative), got 47% of the votes.
The "Civic Platform" also took control of the city of Szczecin and of Gdansk. In this last city, Pawel Adamowicz retains the mayor's seat, with 61% of the votes in the first round of elections on 12 November 2006.
In Lodz, Poland's second largest city, the "Law and Justice" party should keep the mayor's seat with 56% of the votes.
The social-democrat (SLD, centre-left) incumbent mayor, Jacek Majchrowski, retains the mayor's seat in Krakow, southern Poland. He won 60% of the vote, to Ryszard Terlecki's 40% (PiS).
All the results of local elections in Poland
The local and regional structures in Poland