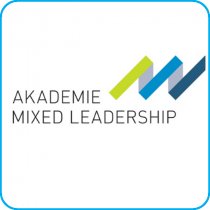 Studies have testified that despite incomes being above-average in Frankfurt, women are still under-represented in top positions and with top incomes. There is still a lot of work to be done concerning career choices and the work-life balance when re-entering the workforce. Furthermore, women with immigrant backgrounds have even lower opportunities to participate.

For this reason, over 100 experts from local government, urban society, politics, and academia came together to form a so called “Community of Practice” – initiated and coordinated by the Women’s Office Frankfurt. More than 80 organisations and companies from business, the service sector, research, local government, institutions from the social sector took part in drawing up the action plan, which was adopted by the city council in 2015.

Companies staff their management according to a principle of similarity. As a result, there are more members of management boards called “Thomas” than there are women overall, which the AllBright Foundation once described as the Thomas Circuit. Whereas, companies do not benefit at all – as studies confirm – from the Thomas monoculture, but from diversity. Especially in boardrooms.

This means that work and corporate cultures, predominating role stereotypes and mentality patterns that impede women’s career paths are not only unfair but also inefficient.

A study by the International Labour Organisation (“Women in Business and Management, 2019”) for example has proved that more women in management positions, gender diversity in boardrooms, improve business performance. Further, employees were more satisfied and productive. These facts led to the idea of building up a management academy.

Academy to accelerate change through diversity

Over the years, the working group, composed of professors, city councillors, representatives of companies, associations and educational institutions, have worked out a to-do list for the academy.

The objective is to make it a centre of excellence to strengthen management expertise, to contribute to diversity in management, break down stereotype role models and pursue the principles of gender sensitivity, diversity and innovation. For this purpose, it should empower women and support them to take on additional management tasks and drive forward change in organisational and leadership cultures.

The Mixed Leadership Academy would be located precisely where top executives of the future will be trained and thus where the future of the working world will be decided: at the Frankfurt University of Applied Sciences. Now, the benefits of diversity will be communicated there – which means not just the benefits of a higher proportion of women, but also those of a general openness to gender-diversity.

The academy is equally financed by the Women’s Office of the City of Frankfurt am Main and the Frankfurt University of Applied Sciences with the aim of becoming self-financing in about five years. It is a result of the work done by Frankfurt since signing the Charter for equality of women and men in local life in 2012.