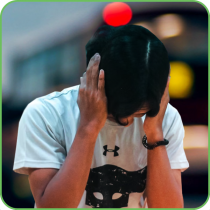 Their role? To crack down on vehicles breaking noise limits. The Medusa sound sensors are equipped with a camera and several microphones detecting vehicles such as cars, motorbikes and lorries making noises over a certain decibel level.

The sound radars are expected to be officially approved by the French Ministry of the Interior by the end of 2022 and are currently in the test phase.

According to the European Environment Agency, at least one in five Europeans are currently exposed to harmful levels of noise pollution. And more than half of Europeans living in urban areas are exposed to road noise levels of 55 decibels or more.

Against this backdrop, mayors and local leaders have been deploying a wide range of other measures to reduce noise pollution in cities. These include replacing old cobbled roads with smoother asphalt, better managing traffic flows, introducing 30 km/h speed limits, or encouraging as much walking, cycling and public transport use as possible.

While reducing noise pollution to "zero" is a lost cause, many towns and cities across Europe have made noise pollution a top priority. As the EEA puts it, many EU Member States will need to do more in the future to reduce noise pollution, including by implementing the EU Environmental Noise Directive.