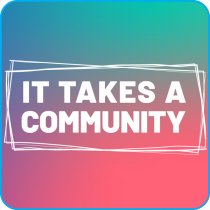 How cities are shifting the narrative on migration

Mechelen, Belgium. A middle-aged woman dressed in light colours sits in a public library. It seems like someone interrupted her while she was reading a book, but she doesn’t mind. She looks straight, and you immediately feel there is a story to tell behind those warm brown eyes.

This is Farida, a woman, a mother of three children, a grandmother of five, an accountant. She speaks five languages, likes to cook and loves to read. She lives in Mechelen, but fled from Syria five years ago: she is a refugee. This picture, placed on a window near the public library in Mechelen was part of the ‘People Make the City’ exhibition and Farida’s story is just one of many in the series.

‘People Make the City’ is a storytelling project that translates residents’ stories into public content such as street art, podcasts, exhibitions, images and texts, building a more nuanced narrative of migrants and refugees’ impact on their local neighbourhoods. These features show the diversity and the rich multi-layered identities of people living in the local community.

The people concerned can co-create the way they want to be presented because it’s up to them how they want their story to be told and where. “Listening to a story is the first step to connect with someone you don’t know”, explains Sara Lanoye, the project’s coordinator. Storytelling is a powerful way of strengthening social cohesion by promoting mutual understanding.

We tend to make up stories about people we don’t know well. An animated story, ‘It all started accidentally’, sets a mirror to people who spread assumptions about other people without checking the facts first. Such rumours can spread like wildfire and thus contribute to exclusion and discrimination.

This animated video has been made for children and adults alike as part of the Antirumours Project in Fuenlabrada, Spain. It aims to raise awareness about the negative impact of rumours. “If we don't stop the rumours, they grow into more dangerous forms, which are used to spread fear and misinformation”, warns Juan Carlos Hernandez of the City of Fuenlabrada.

The Spanish city has experienced rapid population growth due to migration over the past 40 years. Therefore, the municipality put social participation and inclusion programmes in place that helped the city become multicultural.

‘Antirumours’ is one such project, bringing together 25 cities to discredit false rumours through the collection of data and the creation of a network of local civil society actors. The project has been running since 2013 as part of the Council of Europe’s Intercultural Cities initiative.

It Takes a Community to shift the narrative

Nowadays, media narratives tend to be reactive, related to specific events or tragedies, and frame migration with negative words such as waves, crisis, invasion. In addition, migrants are portrayed either as dangerous or helpless victims. Personal stories, messages that evoke emotions work better. This is one of the lessons learned from the ‘It Takes a Community’ campaign.

This multilevel campaign showcases how migration enriches our lives by sharing concrete stories of families, friends, neighbours, co-workers or classmates from around the world who are making our local communities a better place. ‘It Takes a Community’ is a collaborative effort of national and local governments, civil society, the private sector, and the International Organization for Migration (IOM).

“The international level tries to build upon the richness coming from the local level”, says  Sophie van Haasen of the GFMD Mayors Mechanism.“Engaging with national governments is sometimes difficult. The problem is, the national levels usually don’t have a lot of communication campaigns fostering inclusion and integration of migrants.”

Migrants in Europe are sometimes are portrayed as a threat to national identity and economic prosperity, and this is even the predominant political discourse in some countries. However, local and regional governments are taking the lead with campaigns and projects promoting integration and inclusion. These initiatives often achieve better outcomes than overly centralised ones.

Tackling rumours and prejudice, letting newcomers tell their stories, fostering an environment where locals can engage with newcomers and their stories: all these actions can change attitudes towards migration in the local community. However, connecting the dots between different levels of government remains the main challenge in changing the way we frame and shape migration.

Traduire
These projects were presented and discussed at the CEMR online event around International Migrants Day, ‘How cities are shifting the narrative around migration’, co-organised with IncluCities and the Global Forum on Migration and Development (GFMD) Mayors Mechanism.

Watch the online discussion from 14 December.