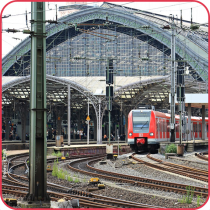 EU-wide coalition urges EU institutions and national governments to promote synergies between the recovery instruments and the structural funds to maximise the impact of European action.

The COVID-19 crisis has shown that cohesion policy is needed now more than ever to strengthen resilience in Europe, protect citizens, bring the recovery to every corner of the European Union and leave no one behind. Since its creation in October 2017, the #CohesionAlliance – an EU-wide alliance of 12,000 signatories advocating for a stronger cohesion policy – has managed to avoid dramatic budgetary cuts after 2020, keep a cohesion policy for all regions in the Union and put forward simpler and more flexible rules. During a videoconference dedicated to the new course of the #CohesionAlliance, its founding members renewed their commitment to join forces and keep cohesion policy as a EU top priority. The #CohesionAlliance will be vigilant that the partnership principle will be fully applied by Member States in the design and implementation of the cohesion policy 2021-27. Coherence and synergies between the recovery instruments and the structural funds are of paramount importance to avoid overlaps and maximise the impact of the European action.

Two months after the entry into force of the new cohesion policy regulations for the period 2021-27, the #CohesionAlliance took stock of the results of its activity so far and outlined its future commitments, based on the renewed Declaration 2.0 adopted in July 2020. The #CohesionAlliance's work will be focused on the successful implementation and delivery of cohesion policy without further delays in the spirit of genuine partnership and in synergy with other instruments, thereby promoting the concept of cohesion as an overall and fundamental value of the European Union.

Local and regional authorities highlighted the urgent request to extend the flexibility measures introduced last year to mobilise EU structural funds and state aid in the fight against COVID-19. This issue was also raised in an exchange of letters with president Ursula von der Leyen, who acknowledged the budgetary constraints that many regional and local authorities may be currently facing due to the pandemic. With regards to the potential extension of a 100% co-financing rate for structural funds, the Alliance's partners strongly appreciated the Commission's commitment to closely monitor the situation closely and consider further action if deemed appropriate.

The discussion showed that the #CohesionAlliance's mission is far from over. The European recovery must start from citizens on the ground, and it won't be successful if their voices and the ones of local and regional politicians – who are closest to their needs – are not taken into account by EU institutions and national governments.

During her intervention, Commissioner for Cohesion Policy and Reforms Elisa Ferreira said: "Cohesion has to remain a cornerstone of the Recovery. It is in the aftermath of crises that asymmetries grow. The Cohesion Alliance is more necessary than ever. The Partnership Agreements for Cohesion 2021-2027 will be instrumental. We have to speed up their negotiation, but quality cannot be compromised. I count on your support to also ensure that the implementation of our other policies and instruments is not spatially blind and supports the long term development of all regions. I've asked Member States to be mindful of the territorial dimension in preparing their Recovery and Resilience Plans, both in consulting and engaging with regional stakeholders as well as in the implementation phase. We will only achieve our objectives by making sure that our instruments work in the same direction. Promoting Cohesion cannot be the responsibility of Cohesion policy alone. That is why we must mobilise all the relevant actors, including local stakeholders and citizens as full partners, making sure that the new green and digital priorities work for all."

Younous Omarjee, chair of the European Parliament's Committee on Regional Development, declared: "It is essential that the recovery funds go as a priority to the least-developed regions and to the ones most affected by the economic and social consequences of the Covid-19. I call on Member States to involve regions and cities as much as possible and to ensure that these funds go to the ground as close as possible to the needs. I also call on Member States to be consistent. Short-term recovery and longer-term cohesion policy are two sides of the same coin and must serve the same purpose. If short-term recovery is not consistent with the longer-term objectives set by cohesion funds, then the economic, social and territorial disparities will only deepen and all our efforts for the long term will be destroyed."

Apostolos Tzitzikostas, President of the European Committee of the Regions (CoR) and Governor of the Region of Central Macedonia (GR), said: "The #CohesionAlliance's efforts contributed to avoid major budgetary cuts after 2020 and promote cohesion as guiding principle for the EU's recovery plans. Now, we need to turn our focus towards programming and implementation. To do this, we need to carefully consider key aspects like the application of the partnership principle in the new programmes; the impact of Covid-19 related measures and the consequences of their shutting down – a topic we addressed in a fruitful, exchange of letters with President Von der Leyen; the rural and urban dimensions of cohesion policy; and the synergies between cohesion and the Recovery and Resiliency Facility."

Ilaria Bugetti, spokesperson for territorial development of the Council of European Municipalities and Regions (CEMR) on Cohesion and Councillor for the Tuscany Region (IT), said: "In the programming phase of EU cohesion funds, we could still see cases where local and regional governments were not properly involved, either due to insufficient time for consultation or inadequate contact at the ministerial level. We must overcome the remaining barriers in the years to come for the implementation and monitoring of the funds. The work of the Cohesion Alliance is then far from over!"

Cees Loggen, President of the Conference of Peripheral Maritime Regions (CPMR) and Regional Minister of the Province Noord-Holland (NL), said: "Unprecedented delays could materialise under future cohesion policy due to late adoption of legislation. Regions will feel the brunt. They are prevented to start spending while regional economies are desperate for investments to support the recovery. We urge the Commission to facilitate a smooth implementation of cohesion programmes and participation of regions in recovery plans, as synergies between funds bring results closer."

Karl-Heinz Lambertz, President of the Association of European Border Regions (AEBR) and Member of the Parliament of the German-speaking Community in Belgium, said: "Cross-border cooperation is an essential element of the EU's cohesion policy. What happens around the Union's internal borders has a major impact on the Union's ability to respond to the major challenges of our time. The EU’s capacity to act would be considerably strengthened if the cross-border cooperation mechanism proposed by the Commission is finally adopted by the Council."

Kata Tüttő, member of Eurocities and Deputy Mayor of the City of Budapest (HU), said: "The forthcoming investments through EU’s cohesion policy will be more important than ever. It will be crucial to finance the projects and reforms that can bring all Europe’s cities and regions on the path for green and just recovery. As local leaders, we have a central role in making sure this money is targeted where it is most needed and where it benefits people the most. We can be invaluable partners to the EU when the partnership principle is fully implemented in all parts of the EU. Investing in Europe’s urban areas will support the longer-term resilience of Europe and help all of us stand stronger in the face of future crisis."

Jean-Claude Marcourt, Chair of the Conference of European Regional Legislative Assemblies (CALRE) Working Group 'European legislation and public investments' and President of the Parliament of Wallonia (BE), said: "Cities and regions must have the ambition to strengthen the cohesion of their territories, to reduce disparities and inequalities while raising economic, social and environmental standards in compliance with the democratic values and principles that are the founders of a prosperous and sustainable European Union."

Magnus Berntsson, President of the Assembly of European Regions (AER) and Vice President of the Region Västra Götaland (SE), declared in the margins of the conference: "The new Cohesion Policy can be truly transformative for rural communities across Europe. The AER is fully committed to working together with national governments and the European Commission to deliver a Cohesion Policy that builds back better for rural regions; ensuring that they are better connected, more resilient, vibrant and prosperous by 2040."