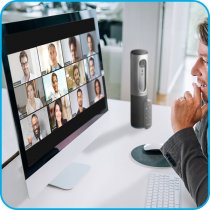 Mayors and regional leaders gathered to set the local agenda for Europe today (Friday 26 June) at a meeting of CEMR’s Executive Bureau. The elected officials had a lot on their plate: in addition to holding discussions with European Commissioner Elisa Ferreira on the post-COVID recovery, the Bureau members welcomed new faces and approved new political positions for CEMR, including on the Green Deal.

Here is an overview of CEMR's spokespersons, also available on this website under the section Directory.

Key messages on the Green Deal and COVID

The Executive Bureau adopted CEMR’s key messages on the Green Deal, the EU’s ambitious package of measures to decarbonise the European economy. These messages, covering a range of issues from circular economy to mobility, will form the basis of CEMR’s advocacy efforts towards the EU institutions on this issue.

The Executive Bureau also approved CEMR's key messages on COVID-19 - From crisis management to resilience (on which, see our dedicated article on the debate with Commissioner Ferreira.

The Executive Bureau validated CEMR’s 2020 work programme, which had to be revised to react to COVID-19. The Bureau similarly agreed to revise CEMR’s multiannual strategy in light of the crisis. Member associations will have the opportunity to provide feedback on an updated version of the strategy, to be adopted in early 2021.

CEMR Secretary-General Frédéric Vallier invited the members of the Executive Bureau to sign an open letter condemning the rise of homophobic rhetoric and “LGBTI-free zones” in some Polish territories. The message, which will be forwarded to Polish mayors, also expresses support for municipalities and regions resisting such measures.

So far, around 100 supporters from 15 countries have signed the letter, including the mayors of Paris, Lisbon, Reykjavík, Ljubljana, as well as nine presidents of CEMR member associations.