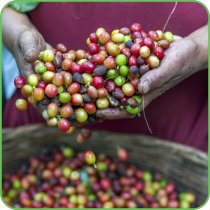 Does your city promote fair-trade shops and businesses? Do your residents have a taste for tea and coffee bought at fair prices for producers? Do you engage in projects to support sustainable cotton and textile producers? If so, we may have an award waiting for you!

The “EU Cities for Fair and Ethical Trade Award” celebrates European municipalities who champion more sustainable trade, consumption and production, thus creating opportunities for producers elsewhere. You can apply and find out more on the Award’s website.

The Award showcases what European cities are doing to make trade fair and ethical. This can include, but is not limited to, raising awareness among citizens, sustainable procurement practices, supporting new business models, providing technical support, collaborating directly with producers and generally integrating sustainability into the city’s decision-making.

The winning city and ‘special mentions’ will be invited to an award ceremony to be held in Ghent, Belgium, in October 2020. The event will be attended by European municipal and business leaders, civil society, journalists and EU and UN officials.

The winner will receive technical support to implement an EU-funded development cooperation project in an emerging country. Selected cities will also become members of the Network of EU Cities for Fair and Ethical Trade, facilitating the exchange of cities’ approaches and opportunities for collaboration on joint initiatives.

EU cities with more than 20,000 residents have up to 12 July 2020 to apply. In countries with less than three cities with over 20,000 inhabitants, any of the three largest cities may apply.

Background on the Award

The EU Cities for Fair and Ethical Trade Award was created in 2018 by the European Commission’s Directorate General for Trade and the International Trade Centre, UN-WTO joint agency promoting fair and inclusive trade. This year’s is the Award’s second edition.

Also worth noting: fair trade contributes to the achievement of the Sustainable Development Goals (SDGs), particularly SDG 12 on responsible consumption and production.