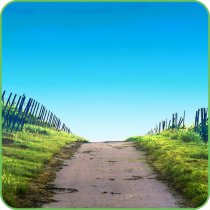 Local governments taking the lead in the fight against climate change

Never have so many voices risen up calling for action on climate change. Yet, many of the world’s most-polluting countries are failing to act. This means it is more important than ever for European local and regional governments to lead the way, proving that we can build decarbonised societies which are also economically competitive and socially just.

That is CEMR’s message at the COP25 United Nations conference on climate change taking place in Madrid between 2 and 13 December. We, along with our member associations, are actively involved in several of the conference’s events, making sure that the contributions of cities and regions are known in global circles.

Local and regional governments are often the best-placed to take action to fight and adapt to climate change. As outlined in our position paper, CEMR is pushing to ensure that local governments receive supportive regulatory and financial frameworks for climate action.

Over 9,000 cities across the world have pledged to increase their energy efficiency and use of renewables by signing up to the Global Covenant of Mayors (GCoM). On 9 December, the Covenant is holding an all-day event looking at how cities can make the leap from planning to implementing their environmental ambitions.

With varied formats and speakers, including mayors, national ministers and EU officials, GCoM day will showcase the actions cities are taking on climate. The discussions will also look at how cooperation between levels of government and adequate access to finance can maximise impact on the ground. CEMR will be represented by Hannah Holopainen, chairwoman of Lappeenranta City Board in Finland.

Cities account for around 70% of carbon emissions worldwide. As such, the involvement of cities is crucial for national climate action plans to be a success. On 10 December, the government of Chile will host a session discussing how sub-national governments are playing a pivotal role in gathering the resources, political will and coalitions to support national efforts on climate.

Getting the right regulatory framework and financial resources

Whether we’re talking about building energy-efficient housing, developing public transport or involving citizens, local and regional governments are often the best-placed to take action against climate change. That will be one of the key messages of the Local Governments’ Climate Summit on 11 December, organised by the Spanish Federation of Municipalities and Provinces (FEMP).

The discussions – featuring mayors from Spain, Europe and beyond – will look at how national and international climate commitments can be implemented at the local level, as well as how the right regulatory and financial frameworks can be set in place to enable local action.

At the start of the climate summit, FEMP published a declaration succinctly summarising their position and the contributions of Spanish local and regional governments: “Local Action for Climate” (in Spanish).

Looking ahead to the European Green Deal

The COP is likely to conclude with a statement on how to raise our ambitions and take further actions in the coming year. CEMR will look forward in particular to cooperating with the European Commission to make its planned Green Deal a success.