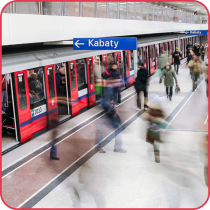 If the next cohesion policy budget is lower than the current one, Europe’s towns and regions could face great financial difficulties, especially in fields such as infrastructure, climate change or migration.

These concerns were addressed by the European Parliament on 27 March as it adopted the report on the European Regional Development Fund and Cohesion Fund, thereby supporting the continuation of the current cohesion policy budget for the next seven years.

Reacting to this local-friendly decision, the Secretary General of the Council of European Municipalities and Regions, Frédéric Vallier, stated: “By supporting a strong and ambitious cohesion policy, the European Parliament has shown great responsibility and smart foresight. CEMR calls on Member States to follow the Parliament’s example: maintain the cohesion policy budget at the current level. This will contribute to a new model of development in order to reach the Paris Agreement and to reduce the territorial and social divide in our continent.”

Beyond budgetary issues, Europe’s local and regional governments also stress the need to enshrine a strong partnership principle throughout all cohesion funds. They believe that towns, regions, states and the EU should all work together from the negotiation phase to the implementation and monitoring of the programme. Local and regional governments should be more involved in the elaboration of a policy that is dedicated to their own development.

CEMR calls for the future cohesion policy to acknowledge and reflect the diversity of towns and regions throughout Europe.

For towns and regions, this should be the basis for inter-institutional negotiations for the Union budget and the orientation of cohesion policy post 2020.