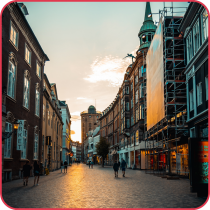 A tool you benefit from without knowing it

It is called Cohesion Policy: it is the main investment, solidarity and development tool of the EU for its cities and regions. It gives a face to Europe on the ground. Still, many erroneously believe it only invests in disadvantaged regions, while more privileged areas are just losing money they send to the EU.

With its €346.5 billion over 2014-2020, EU Cohesion Policy brings added value everywhere. It invests in your street, your children’s school, the local business. Yet, only a third of Europeans are aware of projects funded by Cohesion Policy in their city or region.

To curb this lack of awareness, the Council of European Municipalities and Regions (CEMR), the European Commission’s DG Regio, together with local government associations and other partners, have engaged in 60 dialogues with citizens in 8 Member States.

What for? To bring together thousands of Europeans, their mayors, local and regional leaders, different players of local and regional public life and beneficiaries of EU cohesion funds. To discuss the value of Cohesion Policy and what it finances or could support in towns and regions in the future. For more on this, take a look at our short video.

Also hear directly from local and regional leaders what Cohesion Policy has brought to their town, city or region. Get comfortable in your chair and hit the PLAY button after selecting the language of your choice in the settings.

This article was originally published in Euractiv.