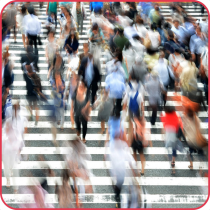 Vote on the European Social Fund Plus (ESF+) on 4 April concluded the European Parliament's  work to shape the future cohesion policy by amending the legislative proposals presented by the European Commission last May. The vote complements the positions on European Fund for Regional Development (ERDF) and the Cohesion Fund, on the Common Provisions Regulation, and on the specific provisions for European Territorial Cooperation (ETC) adopted on 26 and 27 March.

The Cohesion Alliance – an EU-wide alliance calling for a stronger cohesion policy after 2020 – welcomes the outcome of the Parliament's work and urges EU Member States to speed up negotiations in order to launch the new investment plans on time.

Cohesion policy is the EU's main investment tool and is mobilising over €350 billion from the EU budget 2014-2020 to deliver inclusive and sustainable growth in all of Europe's territories by involving local stakeholders. Its role and impact are under threat because of the budget cuts demanded by certain Member States and because of ongoing attempts to centralise governance and jeopardise the involvement of regional and local authorities .

The alliance has urged EU institutions to provide cohesion policy with a financial envelope of at least one-third of the future EU budget, a position shared by the EP report on the common provision regulation. The call to restore adequate funding comes after the Commission had proposed a 10% cuts to the overall cohesion policy allocations. This involved sharp reductions for the Cohesion Fund, ETC and ESF+, for which new tasks were introduced without additional resources. With regards to ETC, alongside ensuring an adequate budget, the EP called for intensifying cross-border cooperation, including in maritime basins, and interregional cooperation, with new interregional innovation investments aimed at encouraging the development of European value chains and creating linkages between less developed regions and lead regions.

A further key request taken on board by the EP is the call to avoid any centralisation or top-down reform. New rules must instead preserve and strengthen the partnership principle – ensuring the involvement of local actors in defining and implementing investment plans – and the place-based approach, where policy challenges are identified at regional and local level and the policy impact is assessed in the light of regional and local indicators. This was very important considering the concrete risks of centralisation - both towards EU institutions and national governments – of the ERDF and ESF governance and role.

The Parliament rejected the proposal to set national – instead of regional – thresholds to concentrate ERDF funds on strategic objectives and reinforced the local dimension of the fund by proposing to invest at least 10% of national allocations on urban areas and at least 5% on rural communities . As for the ESF, the EP reaffirmed its key role within EU cohesion policy and its contribution to achieving economic, social and territorial cohesion after the Commission revised the fund's role with a strong connection to the coordination of Member States' macroeconomic policies under the European Semester.

Cohesion Alliance partners and signatories call for cohesion policy to be a long-term investment tool for all regions, a position shared by both the European Commission and the EP, whose proposals also provide for a certain flexibility in reprogramming resources in the event of unforeseen crises and natural disasters.

A broad convergence with the EP was also achieved on the call for better coordination with other EU policies, on simplification and on the opposition to conditionalities that cannot be influenced by local and regional authorities or other beneficiaries. In this sense, the EP position against the freezing of ESI funds as a sanction for the infringement of EU fiscal discipline represents an important development and a radical change compared with the past years.

While the Council will keep working on cohesion policy over the coming weeks and months, the negotiations with the European Parliament and the Commission are likely to restart only after the European elections. The Cohesion Alliance will keep on putting pressure on Member states and EU institutions to make sure that Europe's citizens can still rely on a powerful cohesion policy, reducing disparities and delivering more opportunities to all local communities.