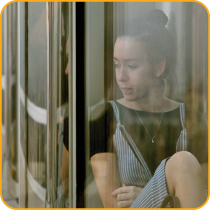 PLATFORMA/CEMR, Plan International, UN HABITAT, and United Cities and Local Governments–Africa are organising a High-level panel at the European Development Days 2018 on 6 June at 11.30 in Brussels.

Each month, 5 million people are added to the cities of the developing world, and it is estimated that by 2030, approximately 700 million girls will live in urban areas. Adolescent girls around the world share similar experiences of insecurity, sexual harassment, and feelings of exclusion while at the same time they envision future cities that are well-lit, well-planned, well-maintained, and where they are given space to participate.

For its twelfth edition, the European Development Days 2018 (EDD) will aim at bringing together the European Union’s commitment to gender equality and women’s empowerment with the 2030 Agenda for Sustainable Development. Speakers of the High-level panel “Cities for girls and young women = cities for all” will focus on the importance of strengthening girls’ and young women’s representation and voices in urban spaces as a way of implementing the Sustainable Development Goals (specifically 11 and 5) and the New Urban Agenda.

Specifically, the session will explore challenges, best practices and untapped potential of empowering girls and young women to build safe, accountable, inclusive, resilient, and sustainable cities. Panelists will recall the need to pay specific attention to vulnerable groups in public space, to engage boys and girls, women and men, in local decision-making; and to ensure a gender-sensitive, child-friendly, and child/youth participation implementation approach at all levels.


Registrations are open until 25 May.


This article was originally published by PLATFORMA.