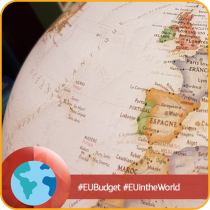 PLATFORMA, the pan-European coalition of local and regional governments – and their associations – active in city-to-city and region-to-region development cooperation, expressed concerns following the publication yesterday of the European Commission proposal for the future Neighbourhood, Development and International Cooperation Instrument.

“This is unfortunate that local and regional governments are mainly mentioned in the geographical programmes, and not as a main actors of development cooperation like Civil Society Organisations (CSOs)”, reacted Marlène Siméon, new director of PLATFORMA. She added that local and regional governments are now diluted in the global challenges pillar and not given a separate programme and an earmarked budget.

For ten years, PLATFORMA is indeed defending cities and regions’ key role in EU’s external aid and succeeded in getting local authorities clearly mentioned in the New Urban Agenda or the new European Consensus on Development.

PLATFORMA is also concerned by the inclusion of a migration perspective in this external action budget. “The main goals of development aid should remain the promotion of human rights and the eradication of poverty in the world, while pushing for sustainable development; this is not about preventing global migration and protecting EU borders,” added Ms Siméon.

« This 30% increase in external aid is however a positive sign »

“With €123 billion for 2021-2027, up from €94.5 billion in the period 2014-2020, this 30% increase in external aid is however a positive sign, confirming that the European Union wants to remain the first aid donor in the world,” followed up Frédéric Vallier, Secretary General of the Council of European Municipalities and Regions (CEMR), lead partner of PLATFORMA.

He was also pleased that the United Nations’ 17 Sustainable Development Goals (SDGs) and their implementation were given a central role in the Commission proposal.