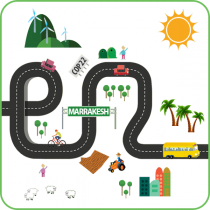 Towns and regions call for better access to targeted funding

“The rules and conditions to access the available funds to face climate change lack clarity. COP negotiators must facilitate towns and cities’ access to these funds, to translate the Paris Conference’s promises into actions.” These were the words used by CEMR and PLATFORMA spokesperson and Councillor of Runnymede Linda Gillham, in the context of COP22 taking place in Marrakesh.

“The commitment of local and regional elected representatives in climate and energy issues is a key to success”, stressed Linda Gillham. “But without easier access to the different available funds, such as the European Structural & Investment Funds, the Green Climate Fund and the Global Environment Facility, we will not be able to mitigate the catastrophic impact of climate change on the ground.”

This message was also disseminated via a roadmap adopted at the occasion of the Climate summit for local and regional leaders, on 14 November. The document shows that “towns and regions lack the necessary financial means given the responsibilities that they have been entrusted with as a result of the decentralisation process.”

Small and medium-sized cities also do the work. This has to be reflected in the rules of access to the funds

A first step was made with the adoption of the Paris Agreement (COP21), but much more still needs to be done in order to reach the goal of a 40% reduction of greenhouse gas emissions by 2030. However, Linda Gillham specified that “the results will never meet our expectations without the implication of towns and cities of all sizes during the discussions on the rules of access to the funds.”

Europe is partly made up of a large number of small and medium-sized cities where more than half of the population live. Their inhabitants can greatly contribute to the mitigation of climate change. To give just one example, recycling and waste separation, which makes up one of the core aspects of the circular economy, depends on these inhabitants’ will. This lead Linda Gilham to conclude: “COP negotiators need to take them into account in the rules of access to the funds.”

On 14 November, in the margins of the COP22 negotiations, about 1,000 mayors and local leaders from all over the world gathered for the Climate Summit for Local and Regional Leaders in Marrakech.

This summit, organised by networks of local and regional governments (including CEMR and PLATFORMA) aims to exert a positive pressure on the climate negotiations carried out by 195 national representatives.