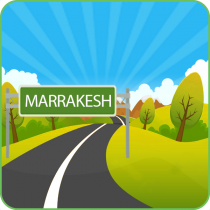 Local governments' 5 main messages we will take to Marrakesh

The Paris climate conference (COP21) was the COP for negotiation that ended with a universal climate agreement: the reduction of 40% of greenhouse gas emissions by 2030. Now, we are going to the Marrakesh for COP22 – the COP for action. What does that mean? This time, it is about which path to take in order to reach the objectives set out at COP21. In essence, it is a COP for action and implementation.

CEMR will be present throughout the conference, and particularly at the Climate Summit for Local and Regional Leaders, on 14 November. We will be represented by councillor of Runnymede, Linda Gillham. Within the theme "Financing the sustainable transition of territories", the summit will gather hundreds of mayors worldwide to discuss the different ways to enhance the channelling of financial flows toward towns and regions, and facilitate local action for climate.

These, in substance, are European towns and regions’ 5 key messages for COP22:

1.     Towns and regions need a formal seat during COP negotiations and the wider process

80% of greenhouse gas emissions in Europe come from cities. As such, local and regional governments and their representative associations should have a seat at the climate negotiation table by formally joining the EU delegation during COP summits – strengthening the work with the Committee of the Regions.

2.    COP22 must be consistent with other international sustainability agendas

In order for the Paris agreements to be successfully implemented, they cannot clash with other international sustainability-oriented plans. This means that the UN’s Sustainable Development Goals (which encourages action by cities on mitigation and sustainable urban development) and the New Urban Agenda that sets out guidelines for Sustainable Urban Development) absolutely need to be taken into account.

Towns and regions will only succeed in their aim to fight climate change if supported with sufficient sustainable resources. The European Structural and Investment Funds are crucial and remain the major European tool to support the implementation of local projects in the field of climate mitigation and adaptation. Access to the international Green Climate Fund or the Global Environmental Facility should be facilitated only in those cases where concrete efforts and actions are already in place and proven efficient.

4.    Local climate actions need to be integrated in EU and national policies

EU institutions and national governments need to give local governments early recognition in the decision-making process, by acknowledging them as public institutions with a legal personality. Initiatives like the EU Urban Agenda should facilitate working in partnership with towns and regions. This would improve all legislation considerably, and as a consequence, the climate.

The EU should intensify its support to cooperation and exchange of good practices among networks of cities and regions. On top of benefitting all stakeholders from a climate perspective, it also helps create solid bonds between citizens and local leaders around the world.

One year ago, hundreds of mayors and national leaders worldwide got together for COP21 and signed the Paris agreement on climate change.

This was the first time in history that so many governments had come together to sign a binding agreement on objectives to fight climate change – explicitly stating the crucial role to be played by towns and regions in order to reach this goal. This agreement came into effect on 4 November.