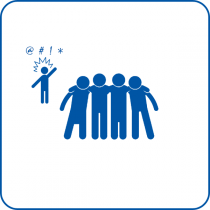 How to promote diversity while preventing radicalisation

Hate speech and radicalisation have been making it to the headlines in Europe for several months. The recent terrorist attacks in Brussels and some of the xenophobic reactions that followed prove this is a pressing issue for European towns and regions, who must learn to deal with these problems on which they have not yet acquired solid knowledge.

During the Congress to be held in Nicosia (Cyprus) from 20 to 22 April, CEMR is organising a session called “Promoting diversity and fighting radicalisation at the local level”, which will take place on Thursday 21 April from 4 to 5.30 pm.

Participants will be invited primarily to debate the root causes of radicalisation, such as inequality or lack of equal opportunity, with local and regional local elected representatives, as well as with experts. Secondly, they will exchange on how towns and regions are promoting diversity and equal opportunities and taking the proper steps towards intercultural communities, in which everyone feels they have the same opportunities.

This session will be moderated by Robert Zeman, CEMR spokesperson on decentralised cooperation and member of SMO delegation to CEMR Policy Committee. One of the speakers is Luc Martens, CEMR Vice-President, Mayor of Roeselare, and President of the Association of Flemish local governments.