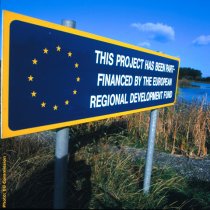 The future cohesion policy needs to meet the challenges ahead

At the outset of the 4th Cohesion Forum, the Council of European Municipalities and Regions (CEMR) stresses that a strong, pan-European cohesion policy is needed in future. In light of the challenges we are facing in Europe today - from climate change, to globalisation, increased.energy prices and emerging demographic imbalances and social unrest - we need a future cohesion policy that supports all of our municipalities and regions in preparing and adapting to a changed reality.
Whilst cautioning against a limitation of EU cohesion policy to Europe's convergence regions only, CEMR acknowledges that an honest discussion is needed on how to best allocate the limited resources available, how to prioritise both thematically and geographically.

This discussion, however, must be placed within the broader debate on the future EU budget. It is becoming increasingly important to look at the link between cohesion policy and EU sectoral policies such as transport, environment, innovation or research policies in terms of territorial cohesion. As many of the ESPON* studies have shown, a narrow focus on thematic objectives can all too often have negative effects on Europe's territorial cohesion.

In terms of the delivery mechanisms, CEMR makes a number of suggestions on how to strengthen cohesion policy on the ground. These include:
Background information
The 4th cohesion report provides an update on the progress made towards achieving economic, social and territorial cohesion, and on the way in which Community and national policies have contributed to it. It looks at the new challenges ahead and submits for debate a series of questions on how the Union's cohesion policy should adapt to new challenges and how its delivery can be improved in order to maximise its impact in the future.
The launch of this debate will be the "Fourth European Forum on Cohesion", which will be held on 27 and 28 September 2007 in Brussels. It will involve over 800 representatives at European, national, regional and local level from all EU Member States, the candidate countries and EU institutions.
Useful links
CEMR response to the fourth cohesion report
ESPON*: European Spatial Planning Observation Network