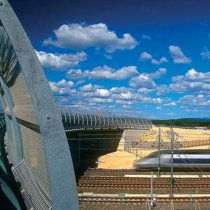 The future EU cohesion policy must be based on the principles of subsidiarity and territorial solidarity, but should also use a wider set of criteria for the allocation of funding. These are two of the main points in the response of the Council of European Municipalities and Regions (CEMR) to the.consultation on the future of cohesion policy.

It is time to move beyond purely economic data as the way to decide which regions can benefit from what funding in the framework of cohesion policy, says CEMR secretary general Jeremy Smith. Across Europe there is a growing consensus that there should be a better way to address this. Measuring the level of 'regional well-being" can be done by combining a number of criteria such as quality of employment, decentralisation, quality of transport as well as other socio-cultural, socio-demographic and socio-environmental factors.

Europe's local and regional government believe that the 2007-2013 funding of regional policy is too small, adds Jeremy Smith. Indeed, the funding of the cohesion policy should be included in a broader debate on the future EU budget lest it cannot achieve its aims. Equally important for our towns and regions is the need to take into account the territorial impact of EU policies; by this we mean: what is the combined impact of all these separate policies (economy, transport, social, environment...) in each region, each province or municipality? Similarly, the future cohesion policy must focus more on the link between urban and rural areas. Urban and rural areas are more and more linked to each other in terms of transport, employment and environment to name but a few. In fact the cohesion policy should seek to strengthen the cohesion between rural and urban Europe!
Finally, in its response to the Commission's consultation on the future cohesion policy, CEMR reiterated its strong opposition to any form of 'renationalisation" of cohesion policy (letting national members each lead their own national cohesion policy as opposed to a true pan European cohesion policy).