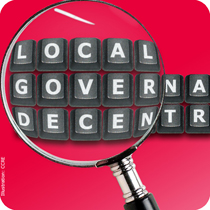 For this first edition of the course, space is limited, with only 25 places for each version. Deadline for application is 6 November 2009.

More information is available on the website of the Decentralisation and Local Self-Government Committee of the United Cities and Local Governments.