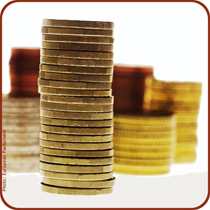 The Serbian government has ordered a 15% staffing cut in local government. 5,648 clerical workers out of 37,789 should be laid-off.
This decision is part of a cost-cutting plan in state finances. It aims to satisfy the terms of an International Monetary Fund (IMF) loan. One of the requirements is to reduce Serbia's budget deficit which is estimated at 4.5% of gross domestic product. The IMF has suggested raising the value-added-tax, which is already 18% but the Serbian government has decided to make cuts in the number of civil servants.
The law will cover 110 municipalities, while only 35 of them have no surplus of employees. Municipalities have to decide the actual number of employees they want to keep. If they keep the current number, then the municipality itself will have to finance the surplus, the government said in a statement. Under the new measure, four full-time staff per 1,000 citizens are allowed.

Unions criticised the government for a failure to hold consultations. Such a decision by the government is inappropriate for social dialogue in Serbia and the law is the result of pressure, probably due to arrival of the IMF, the president of the Federation of Independent Unions of Serbia, Ljubisav Orbovic, told reporters.

Several weeks ago, the government ordered around 3,500 redundancy in central services. The premier gave no figures for cost savings from the move but stated that the indirect benefit is much greater then the direct benefit.

This suggestion of the government is now sent to the Parliament, which takes the final stand and adopts or disregards this draft law.
The website of the Standing conference of towns and municipalities of Serbia (SKGO)
Source : Balkans.com