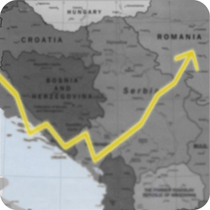 NALAS declaration on the economic crisis: do not forget the local level!

The network of associations of local authorities of South Eastern Europe (NALAS) urges national governments to better involve local governments in designing and implementing responses to tackle the current.economic crisis.
This is one of the issues raised in a declaration in response to the global financial crisis and adopted following the meeting of NALAS members' presidents in Dubrovnik, on 11-13 July 2009.
The declaration particularly underlines certain basic principles that should govern the relationship between local governments and national governments to meet long-term challenges posed by the crisis and its aftermath. Special highlight is given to the need to consult with local government associations prior to any adverse changes in the intergovernmental finance systems; discuss the crisis regularly with these associations; and make the best possible use of all investment funds earmarked for local infrastructure development.
NALAS, CEMR and the economic crisis
End of July, the President of the Council of European Municipalities and Regions (CEMR), Michael Häupl, addressed a letter to the Swedish Presidency of the European Union. The letter expresses CEMR members' view that the potential contribution of local and regional government in combating the economic crisis has not yet been fully understood or utilised by the European Union, or by most European states...
"The serious economic crisis which confronts Europe has a very major impact on the subnational levels: local and regional government face increasing pressure on their finances at the same time as they face more demands for services and help from their citizens who are the victims of the crisis."
Background information
The meeting brought together Presidents and executives of NALAS Member Associations to discussed impacts of the global economic crisis on the local governments in South-East Europe. The current situation was assessed, good and bad practices were collected and recommendations were developed from the local governments and local government associations in South-East Europe.
The Council of European Municipalities (CEMR) was represented by its secretary general Jeremy Smith.