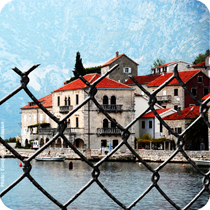 The Council of European Municipalities and Regions (CEMR) is organising a seminar on town twinning and reconciliation, in Oswiecim, on 30 October 2009.
The first twinning links were born in the aftermath of the Second World War. Twinning in Europe today has created a dense network of some seventeen thousand links between small, medium-sized and large towns and cities. 70 years after World War II broke out, 20 years after of the fall of the Iron Curtain, what results did town twinnings achieve? What do they bring in today's world? Answers to these questions will be explored and discussed during three workshops.
The first morning discussion will be about the role of twinning links in the reconciliation process in the wake of the Second World War and of the war in the former Yugoslavia. The second debate will focus on the contribution of twinning links in bringing Europeans together 20 years after the victory of Solidarnosc and the fall of the Wall. The afternoon will feature a session on town twinning, inclusion and intercultural dialogue.
The event is organised at the invitation of the mayor of Oswiecim (Poland), chair of CEMR's twinning group, Janusz Marszalek.
Speakers should include the mayor of Oswiecim, chairman of CEMR's twinning group, Janusz Marszalek ; First Vice-President of CEMR, Anders Knape ; Member of the European Parliament, Jan Olbrycht ; the mayor of Mostar, Ljubo Beslic ; and other representatives from municipalities and cities of Great Britain, Bulgaria or Romania, Germany, Poland and the Baltic region.
A visit to the Memorial and Museum of Auschwitz-Birkenau is foreseen for those who wish on Saturday 31 October from 10h to 12h30.
The programme is available in English et Polish and French.