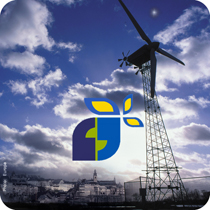 Around 350 European local governments signed the Covenant of Mayors at the European Parliament in Brussels, on 10 February 2008. By signing it, they commit themselves to go beyond the EU's energy objective of reducing 20% CO² emissions by 2020.

The Covenant of Mayors is an initiative of the European Commission and European local government associations including the Council of European Municipalities and Regions (CEMR). It brings together mayors of Europe's cities and local government in a permanent network to make better use of energy in cities and towns. By signing the covenant, mayors commit their cities or towns to adopting sustainable energy action plans within twelve months and achieving a series of targets and obligations. Their progress will be closely monitored by external evaluators.

The Council of European Municipalities and Regions (CEMR) plays an active role in the promotion of the covenant through its national associations of local government. It participates to the Covenant of Mayors' Office whose task is to help local government fulfill their commitments. CEMR however stresses that the covenant is not only open to cities; small and medium towns are also welcome to join.