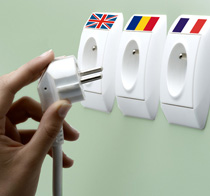 UK, Romanian and French cities awarded for their communication campaign on energy efficiency

Bristol (UK), Brasov (Romania) and Lille (France) have won the 2006 awards for the best municipal communication campaigns in the field of energy efficiency.
The three cities have created campaigns to raise the awareness of public building users of energy and water consumption, as well as CO2 emissions.
The municipality of Bristol put up posters advising on how to save energy and water in simple ways. This was followed up by an email to each employee encouraging them to save energy. Stickers and postcards showing sleeping light bulbs and dozing monitors were also given away to employees and distributed across the council's buildings.
Brasov targeted its campaign on schools. It resulted in a strong public response affecting the behaviour of both pupils and teachers, and most probably parents.
Lille's communication strategy was based on a participatory approach bringing together all concerned in sustainable development: teachers, pupils and students, energy professionals, as well as building and heating technicians.
The Display® 'Towards Class A" awards form part of the European campaign Display® and were co-organised by CEMR, Energie-Cités, EuroACE, ACE and EnEffect. Currently, more than 200 towns and cities are participating in the initiative.
The Display awards for energy efficiency were handed out in Riga (Latvia), on 27th October 2006.