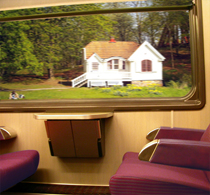 What are the "greenest "cities in Europe?

According to a study, Helsinki is one of EU's large cities with the best air quality, Vienna is the city with the most bicycle paths and Prague holds the highest figure for public transport passengers per capita.

The report shows that one of the critical elements common to all the large cities in Europe is air quality. This issue is of paramount importance to EU cities and urban areas where approximately 70% of the population live. In Europe, three quarters of the assessed cities do not comply with the regulations on air quality. Only a handful of cities - such as Helsinki, Goteborg or Heidelberg - fully comply with these regulations.

Mobility is the central problem of cities; in urban areas, public transport and bicycle are the two main sustainable alternatives to private cars. In most of large cities, public transport are used by a comparable number of passengers (with certain peaks, such as Prague). In certain middle sized European cities (such as Dresden, Goteborg or Heidelberg) the offer and the demand of public transport are already on levels that are comparable to those of large urban concentrations, with the exception of Italy.

The report shows that the spreading of cycling paths is above all a cultural factor, regardless of weather conditions: the cities where the network clearly exceeds one meter per inhabitant are all medium/small northern cities, such as Turku, Helsinki, Tampere, Aarhus. Also medium-large cities, such as Stockholm and Copenhagen, are provided with a sufficient length of cycling paths, whilst among the cities with over one million inhabitants, Vienna is the city with the longest extension (62m/100 inhabitants), followed by Berlin (10m/100 inhabitants).

In 2003, approximately 40% of urban water consumptions were concentrated in the countries of southern Europe, followed by those of central Europe and northern Europe. In most cities the per capita water consumption is comprised between 100 and 220 litres per inhabitant per day. Saragossa, Paris, Bristol and Milan are above the average consumption. These differences are due both to individual behaviours and life styles, and to the economic structures of the city and the presence or not of large tourist flows.

The 2006 Urban Ecosystem Europe Survey has been financed by Dexia Group and developed by Ambiente Italia (Milano, Italy).