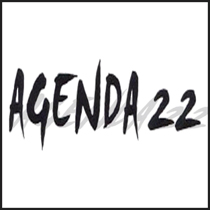 The first of the national seminars organised in the framework of the project on "Mainstreaming disability in local and regional policies" took place in Latvia on 28 March with the participation of over 80 representatives.from municipalities and disabled people organisations.
CEMR is a partner in the 'Mainstreaming Disability" project, which is led by the European Disability Forum (EDF) and also includes the participation of organisations from disabled people from eight countries (Denmark, Estonia, Italy, Latvia, Slovakia, Slovenia, and the Czech Republic).
The project benefits from the financial support of the European Union. Its purpose is to promote the adoption of integrated action plans at local and regional level, taking into account the special needs of disabled people across all relevant policy areas. The method used for this purpose is the Agenda 22 developed by the Swedish Disability Federation, which provides guidelines for municipalities and disabled people organisations to implement through concrete actions the 1993 UN Standard Rules on the Equalisation of Opportunities for People with Disabilities.
During the first phase of the project in 2005, each participating country selected three pilot areas in which a disability policy plan was developed. National seminars will then be organised between the months of March and June 2006 in each participating country, to present the results of the pilot municipalities. The timetable for the organisation of the next national seminars is as follows:

The project will close with a European conference which will be held on 6 and 7th November in Brussels at the Committee of Regions.
The disability policy planning instructions for local authorities