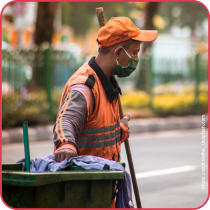 How to unleash local public investments for the green transition

As the EU struggles to find ways to pay for industry transition towards a carbon-free economy, the finances of local governments play an often-neglected role in delivering the needed investments, argues a report by the Council of European Municipalities and Regions (CEMR).

The report retraces the development of local finances over the past decade and how they can influence the ability of municipalities to finance the green transition.

According to the report, this polarisation is relevant because countries with decentralised public finances tend to invest more in the green transition.

“More centralised countries have lost some margin of manoeuvre in terms of investments as a part of their total expenditure,” Furlan said. However, he stressed that this was not necessarily a causal relation between the two as the lower investment appetite of countries with more centralised public finances may be caused by other factors.

Unrelated to centralisation, Furlan stressed that “local and regional governments have a significant weight in investment expenditure”.

“Local and regional governments invest in areas determinant for the green transition.”

For example, local transport infrastructure or waste management facilities are often governed locally and can have a significant environmental impact.

However, municipalities and regions are often constrained in their ability to invest in the green transition as fiscal rules, and the lack of access to financial markets can make it hard for regional governments to undertake the necessary investments.

The issue that too-strict fiscal rules can affect investments has long been a topic of debate at the EU level. However, this debate usually focused on national rather than regional or local, finances. Then, in November this year, the European Commission announced its intention to reform the national fiscal rules and allow member states to invest more in the green transition.

Yet, the local level is often forgotten in these discussions. In a position paper, CEMR argued that the EU’s current fiscal rules constrain local finances since local government debt is included in the calculation of total national debt.

“More flexibility should be granted for local and regional governments, particularly when investing for long-term and sustainable development,” the paper reads.

However, excluding local debt from the national debt calculations could incentivise governments to reallocate their expenditure and their debts to local governments, which might give local governments more leeway to invest, but which also might undermine the effectiveness of the fiscal rules.

And as their debt is usually considered riskier, they will also have to pay higher interest rates.