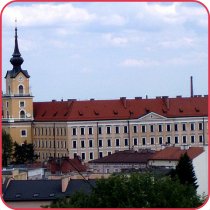 In Rzeszow (Poland), resident service points as a tool for improving residents’ access to public services

In Poland, the city of Rzeszow set up four Residents Services Points (RSPs) since 2011. Easily attainable in shopping malls that have widespread parking capacities and are accessible to people with disabilities, RSPs intend to boost the approachability and provision of public services. In these RSPs, citizens can, for example, receive their ID cards and driving licenses, register their cars or inform themselves about local events.

The creation of RSPs was based on a participatory approach. In a survey, residents indicated their needs and expectations for such service. Once the first RSP was launched, satisfaction surveys were conducted to improve its functioning.

RSPs largely gained in popularity over the years. As such, in 2013, 20,000 cases were handled in the RSPs. In 2016, the number of administrated cases totalled 50,000. This can be explained by the high level of satisfaction of users due, among others, to the extended working time of the office, the greater availability of civil servants, the ability to handle many official topics in one dedicated place and the possibility to visit the RSPs on one’s way to everyday activities.

To learn more about this and other local best practices, check out the website of URBACT, the European territorial cooperation programme which aims to promote sustainable integrated urban development in cities all over Europe.

Since 2021, the RFSC tool is used by cities and partners of the "Global Goals for Cities" URBACT network, supporting the localisation of the SDGs across 19 European cities.

Translate
Discover the wealth of local good practices on the URBACT website.