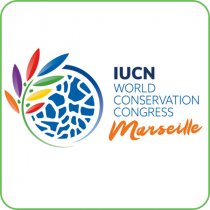 Local and regional governments have a “vital role” in preserving biodiversity

Mayors, regional leaders and local government associations met on Wednesday (8 September) at the IUCN World Conservation Congress in Marseille to affirm the essential role that local and regional governments play to preserve biodiversity. The participants also raised the alarm on the continuing decline of biodiversity, notably given the interdependence between the environment and human health, most strikingly visible with the spread of zoonotic diseases from animals to humans.

The sessions were organised by CEMR’s French Association (AFCCRE) ahead of the Conference of the Parties to the Convention on Biological Diversity (COP15) which will take place on 11 October 2021, in Kunming, China.  The event featured senior officials from different levels of government, including the EU, France, Scotland, Provence-Alpes-Côtes-d’Azur and Marseille. Among the local and regional governments networks present were UCLG, ICLEI and Regions4.

Cities and regions reaffirm their commitment to biodiversity in ‘Marseille Declaration’

During the morning session, networks of local and regional governments adopted a Declaration highlighting “the vital role of local and regional authorities in policies for the protection and restoration of species and natural spaces”. Indeed, municipalities and regions have many powerful levers of action to protect biodiversity, including environmental monitoring, spatial planning, planning of urban and natural spaces, transport, water management and decentralised cooperation with other local governments.

Ronan Dantec, a French senator, Nantes municipal councillor and CEMR spokesperson for climate, explained that “without the mobilisation of local and regional elected officials, it is obvious that we will not meet any of the objectives of reclaiming biodiversity, which depends enormously on the action we take locally”.

The Declaration also recognises the importance of biodiversity for human health and sustainability and calls for the adoption of ambitious targets for protected areas (30% of territories). Finally, the session underlined the challenges of decentralised cooperation and the search for funding.

During the event, Marianne Overton, Lincolnshire County councillor and CEMR spokesperson for environment, highlighted some of the ways local governments can contribute to biodiversity and involve citizens.

Citizens have shown a growing interest in green spaces since the coronavirus lockdowns. Among countless examples of local environmental action, the Forest of Dean District, UK, recently released a toolkit to guide building professionals and homeowners through their Net Zero Carbon housing project.

Councillor Overton observed “many successful actions have already been taken at city level, but a coordinated and comprehensive approach remains a challenge”. That is one reason the European Commission has launched the Green City Accord, an initiative encouraging the exchange of experience between cities working for the green transition.

That afternoon PLATFORMA and AFCCRE also held a session on decentralised cooperation’s role in protecting biodiversity. Local, regional and European officials discussed how municipalities and regions’ international action in this area, notably in sharing expertise on the causes of biodiversity loss and best practices for finding nature-based solutions.

Traduire
The IUCN
The International Union for Conservation of Nature (IUCN), a global forum made up of both government and civil society organisations. Today, IUCN is the leading global authority on the state of the environment and the measures to adopt for its preservation.