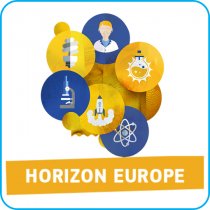 Horizon: this evocative word summarises the hopes for the European Union's science and innovation funding programme, the biggest in the world. All places are deeply concerned by the possibilities and transformations enabled by innovation.

Horizon is armed with a whopping €95.5 billion for the 2021-2027 period, with municipalities, counties and regions being eligible for many of its projects either as a contractor or as the entity physically hosting projects on their territory.

Magda De Carli, Head of Unit in the European Commission's Directorate-General for Research and Innovation (DG RTD), provided an overview of the many new EU funding opportunities for local innovation.
"The role of regions and local authorities is there both as direct beneficiaries or as the entity where the activity is taking place", said De Carli. "What is next is to take on board this opportunity and make the most of it."

The regulation stipulating how Horizon will be run includes many references to local and regional governments and has been drafted in harmony with the rules for cohesion policy, the primary EU funding programme targeting territories.

Local and regional governments are heavily involved in Horizon Europe's new "missions", thematic areas where research will tackle major societal challenges. Municipalities and regions are strongly implicated in the mission "adaptation to climate change" and will receive support to comply with the EU's Climate Law. Local governments and communities will also cooperate closely in the mission "soil health and food" and municipal authorities are naturally central to the mission "climate-neutral and smart cities".

Municipalities and regions also feature prominently in other areas. Regions are major beneficiaries of European Innovation Ecosystems, a programme promoting the scaling up and interconnection of local innovation ecosystems. Cities and local communities are also involved in the research cluster "civil security for society", which deals with protection against cybercrime and natural or man-made disasters.

Beyond Horizon, local and regional governments will also be able to mobilise cohesion spending for innovation in their territories. For instance, SMEs that have been awarded an EU Seal of Excellence quality label will be eligible for cohesion funding without violating state-aid rules. In the previous seven-year budget period, cohesion funding provided €40 billion to research and innovation.

The event was an occasion to share experiences from local and regional government associations on how to promote engagement with Horizon. While Horizon is an EU programme, it also has beneficiaries in non-EU countries.

This became clear with the intervention of Jon Anders Drøpping, Manager for Research and Development in the Norwegian Association of Local and Regional Authorities (KS), which covers all of Norway's 356 local and 11 regional governments. The EU is a major source of innovation funding in Norway, accounting for around a third of research and innovation resources open to competition.

KS has strongly lobbied at both national and EU level to make sure local governments can compete for research funding. Municipalities and regions are now an integral part of the country's national strategy for participating in Horizon Europe.

Applying for Horizon projects is often a challenging undertaking, particularly for smaller municipalities. That is why KS organises a mentorship programme, over a period of 18-24 months, in which local governments learn how to structure an application, get administrative and political support and participate in a consortium. The programme works like a skills and talent development scheme and as a professional network for mutual learning.

National associations: the key to engaging municipalities and regions

Other associations also gave their perspectives on Horizon Europe. Aleksandra Vukmirovic of the Standing Conference of Town and Municipalities of Serbia (SCTM) noted that municipalities in her country are also eligible for some Horizon funds. She stressed the need to encourage local governments to participate and find partners, as well as to provide technical assistance. She also pointed out that during implementation of the Horizon Europe specific characteristics of local governments in pre-accession countries should be taken into account.

Several participants highlighted the need to provide local and regional governments with practical examples of the kinds of projects Horizon has funded. This would give local officials more concrete ideas as to what is possible and motivate their administrations to seize opportunities.

Looking to the future, CEMR hopes to establish a long-term collaboration with the European Commission's DG RTD to organise regular exchanges with our member associations to improve local and regional governments' access to innovation funding.