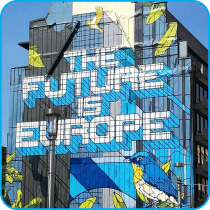 Citizens want to go local... and so do we!

It’s coming! After considerable delay due to the COVID pandemic, the three presidents representing the states, people and executive of the European Union have finally agreed on how to organise the long-awaited Conference on the Future of Europe.

This event is to be the great occasion for citizens to debate and share their views on how to shape our Union in the coming years. Instead of the discussion being limited to government cabinets and diplomatic chancelleries, EU leaders want a genuinely decentralised and bottom-up debate where everyone can have their say.

Needless to say, such an exercise is not easy to organise in such a big and diverse democratic space like the European Union. That’s why the EU institutions are asking for help to “organise events in partnership with civil society and stakeholders at European, national, regional and local level”, notably with the support of regional parliaments, the Committee of the Regions and social partners.

There is no doubt that municipalities and regions are well-placed to reach out to citizens to engage them in this important debate. European democracy includes not only MEPs, national parliamentarians and central governments, but also 1 million local and regional elected representatives, whose experience and daily contact with citizens will be a great value in this context.

There has long been survey data indicating that citizens are more likely to trust their municipality or region than other levels government. What’s more, a recent Eurobarometer survey found that one third of EU citizens want local and regional governments to be involved in the Conference, a figure  virtually identical to that for national parliaments and the EU institutions.

The same survey also highlights the need to engage citizens close to home in their own territories. Whereas 92% of respondents said citizens should have more say on the future of Europe, a plurality of 44% said “taking part in meetings in their local area” was their preferred mode of participation. Less popular options included surveys, sharing ideas with politicians and citizens going to Brussels and Strasbourg.

There is then clearly a need to engage citizens with a proactive and decentralised approach. That’s why CEMR and its national associations of towns and regions want to be involved in the organisation of local and regional dialogues in different EU countries. To this end, we will team up with partners such as the European Movement to reach out to citizens and local players, including entrepreneurs, civil society, youth organisations, trade unions, schools and universities.

Will the EU and member states support us in genuinely making the Conference “a bottom-up forum accessible to people well beyond Europe’s capitals”? Let’s back words with deeds. The ball is in their court!

Translate
​Further reading
Special Eurobarometer 500: Future of Europe
2020 Barometer of Regions and Cities (information on citizens’ trust in local and regional governments)
European Parliament, Council and Commission, “Joint declaration on the Conference on the Future of Europe”