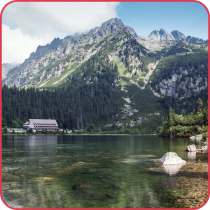 EU support for rural Slovakia has stalled: What future for rural areas when policies for 2014-2020 have not been implemented?

As the European Commission is preparing its long-term vision for rural areas (see CEMR’s key messages), CEMR raises the alarm on the implementation of the EU programmes for rural areas for the period 2014–2020, the European Agricultural Fund for Rural Development. Indeed, while the EU Council and Parliament are trying to agree on the new post-2021 Common Agricultural Policy (CAP), in some countries programmes supporting rural areas for 2014–2020 have not even started!

This is particularly the case in Slovakia, where the Local Actions Groups (LAGs) that are meant to manage the funds could not start their activities because of the national authorities’ chaotic management. The Association of Towns and Communities of Slovakia (ZMOS) has made incessant calls for improvement at the national level, so far without success. ZMOS and CEMR now appeal to the European institutions for support.

The LEADER/Community-Led Local Development (CLLD) method is meant to be an innovative way of spurring development in local rural communities by engaging local actors in the design and delivery of strategies, decision-making and resource allocation for the development of their territories through the Local Action Groups.
This bottom-up approach enables the best use of local resources, whether natural, economic or human, to improve the lives of the rural population, preserve traditions, create jobs and solve socio-economic problems in a particular territory. This solution is particularly well-suited and efficient for communities in rural areas. But for delivery to happen, every level of government must fulfill its responsibilities.

In most countries, the LEADER/CLLD method has been implemented since 2007, constantly being improved upon and with clear added value for rural communities. A survey conducted by the European Rural Development Network (ENRD) in 2017 showed however that “LAGs perceive themselves to be constrained by the level of administrative and reporting requirements and current national/regional delivery systems.” LAGs in Slovakia were not consulted at the time of the survey as their strategies had not yet been approved and the first calls for proposals had not been launched.

Ever since programming began in 2014, the process in Slovakia has been marked by repeated ambiguities, failures to inform applicants in a timely manner, non-transparent behaviour and multiple changes in the allocation calculation method. At the beginning of 2021, the situation in Slovakia is particularly worrying as the LAGs have still not been able to start the implementation of their strategies!

Better planning for the next period

What we see in Slovakia may be an exceptional situation, but the European Commission and Member States should take full note of the difficulties in planning EU funds for the new period. In particular, the main difficulties highlighted by Slovak municipalities are: too heavy bureaucratic requirements, inconsistent approaches and demands by the Managing Authorities, different rules and procedures for different funds under the same strategy, as well as insufficient staff capacity at the Managing Authorities.

In comparison with large cities, the budgets of small local governments in rural areas are particularly vulnerable: rural local governments in Slovakia have in good faith pre-financed projects either from local budgets, putting other priorities and public services at stake, or even from commercial loans, which require repayment regardless of the shortcomings of the Managing Authority.

The European Commission’s long-term vision for rural areas must, as a priority, ensure that the funds and programmes can benefit rural areas so as to improve their efficiency. If local stakeholders cannot access the funds despite willingness to develop, submit and pre-finance projects, it is clearly an issue of efficiency of the management of funds at the national level that needs to be addressed urgently. Rural communities are home to so many great treasures of our European heritage – ecological, cultural, agricultural and touristic – that’s why it is so important the EU’s financial programmes be modernised to enable them meet their full potential.