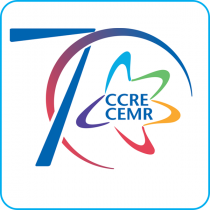 500 mayors, regional and local leaders, and EU officials from 50 countries are gathering on 28 January 2021 to celebrate the 70th anniversary of the Council of European Municipalities and Regions (CEMR).
The attendants – including the Mayors of Paris, Lisbon and Gdansk, the EU commissioner for environment, MEPs and many more – will also reflect on the role of local and regional governments in the transformative decades to come.
“Today, the Council of European Municipalities and Regions looks back on a proud history representing and federating local and regional Europe”, said Stefano Bonaccini, President of CEMR and of the Emilia-Romagna Region.
“From the first steps promoting town twinning and local democracy to later work on territorial development and regional representation at EU level, CEMR and our member associations have time and again been trendsetters for Europe”, added President Bonaccini. “In our current context, marked by the pandemic, climate change and other major challenges, municipalities and regions are again playing a critical role.”
“We have steadily expanded in every respect over the years”, said CEMR Secretary General Frédéric Vallier. “CEMR has grown to embrace 60 associations covering 41 countries, making it by far Europe’s broadest local government organisation.”
Vallier added: “So too we have increased our areas of action, to include issues such as rights, gender equality, territorial development, public services, international cooperation and climate change, thanks to our highly professional and devoted staff and members. That is why we can look to the future with confidence: local and regional Europe is ready for the great changes of this momentous century!”
A few of CEMR’s achievements
• Defence of local democracy and self-governance: The adoption of the European Charter of Municipal Liberties in Versailles in October 1953 affirmed the conditions for municipalities’ genuine administrative and financial self-government. The text notably served as a basis for the European Charter of Local Self-Government, which has been ratified by all 47 states of the Council of Europe.
• The recognition of local and regional governments as an integral part of Europe’s model of governance, notably with the creation of EU Committee of the Regions and the Council of Europe’s Congress of Local and Regional Authorities.
• Launch of the European Charter for Equality of Women and Men in Local Life in 2006: this political document aims to secure firm commitments from towns and regions to take concrete measures to promote gender equality in their territories. Over 1,850 signatories have thus committed to taking action.
• Participating in the creation and operation of the Covenant of Mayors for Climate and Energy in 2008: the Covenant’s signatory territories commit to reducing CO2 emissions by at least 40% by 2030 and to increase the use of renewable energy.
• Creation of PLATFORMA, the network of 34 local and regional governments and their associations engaged in international development, working on further growing the practice of decentralised cooperation.
Translate
For further information