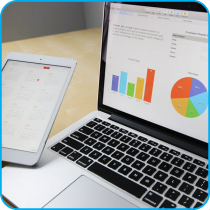 New consultation warns: many EU governments have to date excluded cities and regions from the preparation of post-COVID recovery plans

Why local and regional governments should have their say in the future national recovery plans post-covid-19? To what extend towns and regions and their national associations were involved in preparing national plans for the relaunch post-covid-19?

To answer these questions the Committee of the Regions (CoR) and the Council of European Municipalities and Regions (CEMR) carried out a consultation of associations of local and regional authorities. This is only the start of a monitoring process to ensure the right involvement of towns, cities and regions and their associations in the recovery plans: are they involved in the design, programming, implementation, monitoring phases?

The joint survey points out that so far, only a few countries have taken on board local-regional authorities' input to the process.

“The Recovery and Resilience Facility is not subject to the Partnership Principle," stated Marlène Siméon, CEMR’s Director for Operations, in presenting the survey’s results during the meeting of the CoR’s Commission for Economic Policy (ECON). "Although Member States have been encouraged by the Commission’s President, Ursula von der Leyen, to consult and involve towns, cities and regions, we see that when there is no obligation, it does not happen,” she warned.

The results vary from one country to the other. While local government associations in Finland, France, Ireland and Lithuania declared to be consulted, and observe an impact on the definition of the overall priorities and objectives of the plans;  representatives from Belgium, Slovenia, and Sweden explained having made attempts to get involved on their own initiative, but ultimately being unsuccessful.

The Recovery and Resilience Facility (RRF) is the main tool of the EU's post-COVID recovery plan. With a total of EUR 672.5 billion of loans and grants to support investments aiming to mitigate the consequences of the coronavirus crisis, strengthen cohesion and resilience, and accelerate the ecological and digital transitions across the EU.

For CEMR, consulting and involving Europe’s towns, cities and regions and their national associations is critical, as a large portion of the public investments needed to advance a sustainable economic and social recovery will take place at the local and regional level.

It is also a matter of consistency with other EU funds implemented at the local level, that’s why the CEMR advocate for the Commission to check the consistency of the national recovery plans in the light of the Partnership Agreements that describe the use of the European Structural and Investment Funds (ESIF) in each Member States.

Member States still have until 30 April to submit their recovery plans to benefit from EU's support, but many already started to draft them and sending first versions to the Commission. With this timely consultation, the CoR and CEMR wish to highlight to the European Commission the lack of cooperation with the local and regional governments so far. Furthermore, the hope is that Member States will act quickly to put in place a meaningful process for cooperation with subnational governments.

The results of the joint consultation can be consulted here.