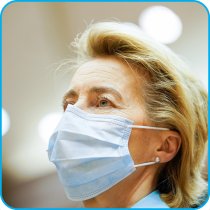 Upcoming recovery package and MFF should support municipalities and regions

The response to the COVID-19 pandemic has made it clear: local and regional governments are playing a crucial role in implementing and monitoring the necessary measures to tackle the crisis. With revenue sources in steep decline and expenses skyrocketing, municipalities and regions need to be specifically targeted under the European Union’s proposed recovery plan.

More than ever, the EU needs a robust budget, both for the immediate recovery and to invest in future generations. This has been clearly voiced by European Commission President Ursula von der Leyen and is backed up by the joint proposal of French President Emmanuel Macron and German Chancellor Angela Merkel to provide a €500 billion recovery fund to modernise the European economy.

The European institutions and national governments must closely involve municipalities, regions and their representative associations in the implementation of the recovery fund.  As the OECD states in its recent study on the territorial impact of COVID-19, coordination mechanisms and shared responsibilities across all levels of government are essential to ensuring a coherent and effective response.

What’s more, the recovery fund will be linked to the Commission’s recommendations to member states issued as part of the European Semester. Given that 60% of these recommendations have a local or regional impact, it is essential to take into account local and regional governments’ role in the recovery. This is all the more necessary insofar as the fund aims to support those regions and sectors that have suffered most.

“Member States have a unique opportunity here to take action to mitigate and fight against climate change”, said French Senator and CEMR Spokesperson for Climate Ronan Dantec. “The EU’s immediate and long-term investments need to be climate-proof, especially in the areas of mobility, construction and energy.”

Cohesion funds are more crucial than ever to enabling Europe’s towns and regions to undertake long-term and sustainable planning and investment, and thus become more resilient. That is why cohesion policy should continue to make up at least one third of the EU budget.

"Europe now needs to be thinking about the post-crisis situation and long-term needs", said Ilaria Bugetti, Councillor of the Toscana Region and CEMR Spokesperson for Territorial Development. “We need to support the local economies and citizens that have suffered from the lockdowns, rethink territorial planning and redesign urban spaces to make them more resilient; we have to invest in innovation and education to make our societies sustainable and fit for a carbon-free future. This is a huge effort, to which cohesion funds need to considerably contribute.”

Decentralised cooperation will contribute to the EU’s international engagements

Municipalities and regions are also well-placed to contribute to the EU’s international development policies, if supported by the right tools, notably the new Neighbourhood, Development and International Cooperation Instrument (NDICI).  “Local and regional governments’ actions with partner countries to limit the spread of COVID-19 show once again their central role beyond our borders”, said Tine Soens, Municipal Councillor for Kortrijk (Belgium) and PLATFORMA Spokesperson for International Cooperation. “By financing decentralised cooperation between towns and regions, the EU’s long-term budget can foster a swift recovery and resilient societies worldwide.”

The future EU budget must be agreed as soon as possible and ideally before the end of the year. Any further delay would jeopardise the security of many planned EU projects and negatively impact municipalities, regions, SMEs, workers and an already vulnerable population.
Note to the editors

PLATFORMA is the pan-European coalition of towns and regions – and their national, EU and global associations – active in city-to-city and region-to-region development cooperation.