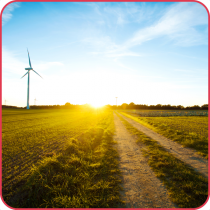 The Just Transition Fund: Welcome support for municipalities and regions, but will it be enough?

The European Commission presented today a major programme to help decarbonise Europe’s economy: the Just Transition Mechanism, along with its first pillar, the Just Transition Fund (JTF). Municipalities and regions welcome this initiative, which is in keeping with the European Union’s ambition of achieving carbon neutrality by 2050. However, doubts remain regarding its added value and potential for real impact.

The Council of European Municipalities and Regions (CEMR) has analysed the Commission proposal. In short, we have three main concerns.

1. How realistic is it to expect additional money for the EU budget?

CEMR is relieved that the Just Transition Fund would bring additional money to the EU budget. However the proposed €7.5 billion will not be enough to cover all transition costs. Most municipalities and regions will still struggle to finance their environmental, social and economic transition.

Furthermore, the budget for the next Multi-annual Financial Framework is already being hotly debated, as several Member States are reluctant to increase the overall EU budget. If Member States stand by their unambitious position for the next long-term budget, then an additional fund would bring very little added value as Cohesion Policy will still suffer from the overall reduction of budget.

2. How to ensure the added value of the Just Transition Fund in relation to the other funds?

Most of the JTF’s objectives are covered under Cohesion’s Policy Objectives, in particular “Greener Europe” and “Social Europe”. It is then difficult to identify the real added value of the proposed JTF.

3. Will the JTF mean additional thematic constraints for Cohesion funding?

Under the proposed rules, Member States will have to transfer funds worth between 1.5 and 3 times their JTF allocation from other resources allocated to them, namely the European Regional Development Fund (ERDF) and the European Social Fund Plus (ESF+). This means that up to 20% of their initial ERDF and ESF+ allocations would be dedicated to the objectives of the JTF and not Cohesion Policy’s other objectives.

Member States will identify the territories most in need of support at NUTS 3 level, which is indeed the most appropriate to address the specific challenges of specific territories. CEMR recommends not overlooking territories that have already started their transition, often at considerable cost. The proposed technical assistance and platforms for the exchange of practices will also ensure effective use of the Just Transition Fund.