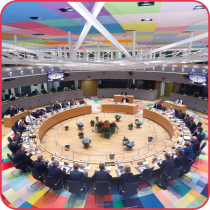 In a letter to President Charles Michel, the EU-wide coalition warns against 12% cuts to cohesion policy proposed by Finnish EU Presidency

On the occasion of the European Council discussing the Finnish proposal for the EU's long-term budget for 2021-2027, the #CohesionAlliance – an EU-wide alliance calling for a stronger cohesion policy after 2020 – have demanded budgetary allocations aimed at delivering a greener, more inclusive and smarter Europe be preserved. The Alliance also warned against any centralisation, which would weaken the role of regional and local governments in managing funds.

Cohesion policy is the EU's main investment tool and plays a key role in addressing emerging challenges such as decarbonisation, climate adaptation, digitalisation and migrants' inclusion, by promoting the strong involvement of local actors. In a paper prepared by the Finnish Presidency of the Council of the EU, cohesion allocation would be by €44.6 billion in comparison with the current period (excluding the United Kingdom) which would result in a reduction of -12%.

For this reason, the #CohesionAlliance partner organisations wrote to the President of the European Council – Charles Michel – stressing that, 'cuts would entail major political risks, calling into question the capacity of the EU to fulfil the Treaty objective of strengthening economic, social and territorial cohesion, due to a lack of critical mass of support in many regions, meaning also lower investments in key European objectives'. The letter insists therefore on, 'the necessity for cohesion policy to have sufficient funding of at least one-third of the future EU budget at its disposal, and for any new instruments such as the Just Transition Fund and its budgetary allocations to be additional to the existing European Structural and Investment Funds'.

The Alliance is also deeply worried by the ongoing attempt – in the framework of the negotiations between European Parliament, Commission and Council - of weakening the involvement of regional and local governments in funds management. In the letter, the coalition partners demand, instead, 'the full involvement of local and regional authorities in the programming and implementation phase of cohesion policy'. All Member States, they argue, must continue to be obliged to develop Partnership Agreements setting the distribution of tasks and responsibilities in the management of investment plans backed by cohesion policy.

Finally, the Alliance highlights the risks connected to a late agreement on the new long term EU budget and call on the European Council, 'to swiftly conclude the negotiations on the new MFF and accompanying sectorial regulations for 2021-2027, in order to allow the Partnership Agreements and programmes to be set up in due time, allow a smooth transition to the upcoming funding period and avoid the disastrous consequences for both managing authorities and beneficiaries'.

Translate
The #CohesionAlliance is a broad coalition of organisations, including CEMR, which are pushing for a stronger and more visible Cohesion Policy. The Alliance’s letter to European Council President Charles Michel is available in 8 languages:
The #CohesionAlliance’s declaration outlining our common principles for the future of Cohesion is also available in the following languages: