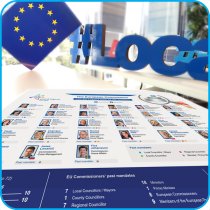 Facts and figures: a close look into the next line-up of Commissioners

We do not yet know whether or not the future College of Commissioners will support local-friendly policies. However, we do know that the European Parliament voted in favour of Ursula von der Leyen's new commission on Wednesday. Let’s have a look at the new Commissioners' background.

Out of the 27 candidates, 10 are former local or regional leaders. That’s about the same share as in the Juncker Commission (12 in 2014).

Among them, 7 are former local elected representatives. In the previous Commission, there were 11. One of the new ones is the former mayor of Dubrovnik, Croatia: Dubravka Šuica.

The number of candidates with regional experience is roughly similar to those with local experience: 7 of them are former regional elected representatives. It’s a small increase compared to 2014. They were 5 then.

If you were to take a map, and to put a pin on each state which has candidates with a local or regional background, you would notice quite a fair balance in terms of geography. Austria, Belgium, Croatia, Finland, France, Germany, Ireland, Italy, Poland and Spain are the 9 countries whose commissioners have local government experience.

Those with national political experience are by far the most well represented, with 17 former national ministers and one former prime minister.

Will the new College reflect the diversity of Europeans?

Many Commissioners have held an EU top job before joining Von der Leyen’s team. In other words, that means lots of shifts within the EU institutions. 8 candidates are former Commissioners, 1 is a civil servant serving as Chief Spokesman of the European Commission, and 9 are current or former MEPs (only 5 in 2014).

It’s also no secret that Von der Leyen promised to respect gender balance among her team. This is not likely to happen as there are 12 women candidates for 15 men.

When it comes to age, the average is 56. The youngest candidate, Virginijus Sinkevičius, is 29. The oldest, former President of the European Parliament, Josep Borrell, is 72. Also worth noting: none of the 27 candidates are people of colour. 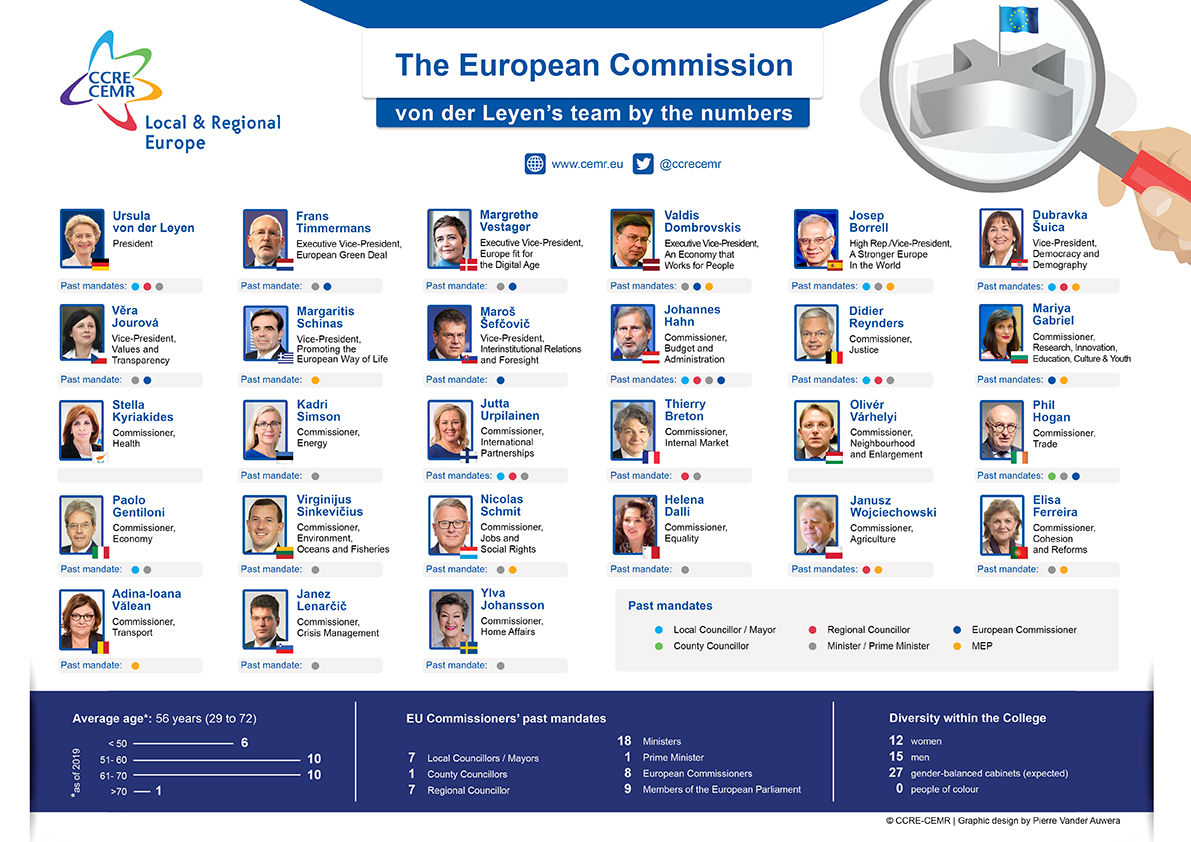