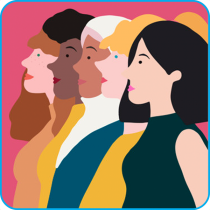 It’s a fact: in the EU, more than 80% of mayors are men. Two thirds of local and regional council members, as well as two thirds of the Members of the European Parliament, are men. Are there so few women in the EU? No. As a matter of fact, there are even more women than men!

CEMR is calling out this blatant inequality. To take action ahead of the 2019 EU elections, we are launching the #Power2Her campaign! Through our campaign, we will advocate for equal representation of women and men in decision making. We will give visibility to women in politics, and provide recommendations and data on women’s presence in decision-making at local, national and European level.

Study on women in politics

In the scope of the campaign, we will be undertaking several actions. Given the need for data on this issue, will be publishing a study on women representation in politics at local, national and EU level.

On 6 March, we will be hosting a Power2Her event in Brussels: we will be presenting the study and organising a thrilling debate on women in politics. Local, regional and EU leaders will be there. We’re organising this event in cooperation with the European Women’s Lobby.

To give women in positions of political power more visibility, we will also be publishing a series of interviews with them. You can already read our first interview with EU Commissioner for Trade, Cecilia Malmström, on women’s participation in politics.

With Power2Her, we aim to lead the movement for women to be as politically empowered as democracy demands. Join the discussions on social media with the #Power2Her hashtag.