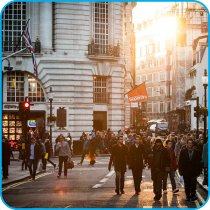 This year marks the 30th anniversary of the European Charter of Local Self-Government. This international treaty affirms the role of towns, cities and regions as the first level for the exercise of democracy. Since its entry into force on 1 September 1998, over 40 countries have ratified it. In this article, CEMR's President and Secretary general pay tribute to the charter and put forward the role CEMR played in its implementation.

Since its foundation in 1951, the Council of European Municipalities (which became the Council of European Municipalities and Regions in 1984) has always been attached to defending the principle of a United Europe. A Europe that can build its development on strong and recognised local governments. The organisation’s first important move was to adopt, during its first General Assembly in 1953, the “Charter of municipal liberties”.

This Charter was the first call to the recognition of local autonomy as a factor of development and emancipation of territories and citizens. After more than twenty years, this fight, initiated by the pioneers of the European municipalist movement, would lead to the adoption of the “European Charter of local self-government” by the Council of Europe. It would also lead to the creation of the Congress of Local and Regional Authorities of Europe (CLRAE), the representation of local and regional powers at the Council of Europe. The CLRAE’s mission is to oversee the application of the Charter in European states.

Thirty years ago, today, the Council of Europe’s Charter of local self-government came into force. Upon its 30th anniversary, CEMR wishes to stress the importance of respecting local self-government, decentralisation and subsidiarity for all local and regional governments in Europe. At a time when an increasing number of countries are tempted by a return to a relatively democratic centralist system, it is urgent to put the principles of the Charter at the heart of our fundamental values.

Since 1953, most European countries have recognised, in law, local and regional governments as fully-fledged spheres of governance. The European Union (EU) recognises that local governments are a core part of states and therefore take part in European governance. These advances may not let us forget that we must keep striving each day to make sure the EU and the Council of Europe’s member states’ governments guarantee fair and balanced finances for local and regional governments, as well as their right to develop their own resources through a fiscal policy respecting this right.

The succession of crises that have been affecting our continent for around a decade has given mayors and local and regional leaders more responsibilities. Unfortunately, this increase in power has not been met with the adequate means to rise up to the challenges our towns and regions have to face. To the contrary, each crisis has been used as a pretext to reduce local and regional governments’ autonomy: either by limiting their own resources, or even by removing their prerogatives.

We strongly condemn these attacks on the Charter’s principles! The decline of local autonomy is an attack on local governments’ rights. It is also a bad policy, because we should all be aware that without strong, recognised and financially independent towns and regions, no development is possible.

Municipalities, provinces, or regions are fundamental partners for our societies to run smoothly. At a time when states prove themselves incapable of finding solutions to the crises that keep on coming, we should instead build political environments which associate all spheres of governance to offer sustainable solutions.

The situation created by the migration crises is unfortunately an illustration of this phenomenon. European states create crisis situations on their own for a problem that could find its solution in the mobilisation of all stakeholders. In particular, by joining forces with Europe’s towns and regions. Its consequences are so important at local level, so why not address the issue of migration in a European conference uniting representative from local and regional governments, states and the European Union?

We do not forget the serious attacks against local and regional elected representatives in far too many countries, in Europe and the world. Just like members of parliament benefit from the protection of immunity during their mandate, we should study this possibility for mayors and local and regional elected representatives. This would allow them to be protected against national governments’ attempts to destabilise them during the length of their mandate.

There are still many rivers to cross until local and regional governments and their representatives obtain the recognition they deserve. May this anniversary remind us all the importance of defending the European Charter. May it remind states that before them, towns managed to unite to build peace, and together, invent a Europe of towns and regions!