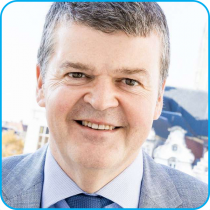 Interview with Bart Somers, Mayor of Mechelen, on how to create better cities for migrants

In 2016, the Mayor of Mechelen, Bart Somers, received the ‘World Mayor’ Prize for his work in welcoming migrants and for having used their skills to enrich and diversify his society culturally, economically and socially. CEMR discussed with him how to create better cities for migrants.

Migration is moving away from the headlines. Would you say it is no longer an issue in Mechelen?

I don’t believe that migration will ever stop. Historically, migration is a movement that has always existed. Cities and people change all the time, even if they change slowly. I cannot predict the future, but one thing is crystal clear to me: a city will always need to adapt to changing conditions and the evolution of its citizens.

You received the ‘2016 World Mayor’ Prize. What makes you stand out?

This prize was for all of Mechelen’s inhabitants. It is thanks to them that our city has changed so positively within the last 17 years. So, in that way, this prize is a beautiful recognition of what we already knew: we’re heading in the right direction.

To me, the immigrant does not exist, just as the indigenous does not exist. Today, we live with people from 131 different migration backgrounds. I welcome every new citizen in Mechelen, but everyone has to follow the same rules to guarantee the freedom, security and equal treatment of all. At the same time, everyone, regardless of their origin or religion will have the same opportunities.

When Belgium was asked to host refugees in 2015, we, as a city asked to receive 200 people. We didn’t wait for the central government to force them upon us. We felt it was our responsibility to freely offer our help to those in need. This is how many inhabitants set up the non-profit organisation ‘Welcome in Mechelen’. A heart-warming initiative that has become a real network of engaged Mechelaars that want to help newcomers, refugees and asylum seekers to find their way in our city and feel more at home. They organise workshops, city walks and buddy projects.

Which initiatives have you set up to ensure the reception and integration of migrants?

The city puts a special effort into ensuring that all of its residents are included in social programs from childhood. Minors account for 22 percent of Mechelen’s population, making it one of Flanders’ youngest cities.

We run nine special centres providing after-school activities to vulnerable children. On top of that, the city works with youth workers who keep youngsters motivated and occupied. These youth workers also follow the children’s grades to prevent them from dropping out of school. They try to motivate them to make the best choices, make the best out of life.

Do you involve other sectors of society in the city’s response like NGOs, civil society, the private sector?

I strongly believe in making a city together. This is why we work with public and private partners in Mechelen, such as youth houses, football clubs or high schools.

For our initiative to receive 200 refugees we temporarily worked with the Red Cross. Our own citizens were involved as well through our community ‘Mechelen maker’, a project we launched to engage Mechelaars to make our city better. The goal of this all is to create a multidisciplinary, wide network where nobody is left behind. That’s the core of inclusive policy.

Are you faced with reluctant public opinion or anti migrant narratives? How do you counter them?

In every society there are people with different opinions on the matter. It would be utopic to believe that we can all get on the same page.

To make citizens understand what migrants go through today, no need to look abroad, look at your own history. During World War II, thousands of Mechelaars fled their houses in search of safety in England, France or in America. To raise the population’s awareness, a couple of years ago we made a presentation with these stories. We found old letters written to families who gave them shelter, expressing their gratitude for helping them. By humanising the situation, we can get past the simplistic polarisation narratives.

Mechelen has 86,000 inhabitants. How can medium-sized cities cope with migrant integration in a better way than large cities?

The Mechelen model, as some have called it, is not a copy-paste bulletproof model. I do believe that the main effort should be in uniting people instead of pitting them against each other. We should do all of this with respect for each other’s freedom without endangering fundamental principles, such as the rule of law, equality for men and women or the fight against discrimination.

The scale of our city is a determining factor in coping with migration, but that doesn’t mean that all hope is lost for other cities. The “united we stand” mentality that drives the policy is crucial in developing a productive integration model.

Does your city receive financial support for migrant integration? Do you encounter difficulties?

It’s difficult to pinpoint all financial support in our inclusion policies, because we seldom do these projects on our own and the projects are sometimes directly linked to migrant background but sometimes no. We work with a lot of different organsations,for instance to support women with a migrant background with young children. Another project is temporary childcare for children whose parents are following Dutch courses. The funding comes from the King Boudewijn foundation. If we look at poverty in Flanders it has a high tendency to affect migrants, therefore the funds we receive for those projects can be linked to migrants as well.

Two years ago, thousands of asylum seekers came to Europe. What is your opinion on the response of the EU member states since then?

It showed the EU’s strength and at the same time its weakness. Moreover, it showed how far the EU stands from local governments. Due to the lack of coordination between the different levels of governance, the reception and integration of thousands of migrants has taken a complex course. Today we get alarming reports of money getting in the hands of traffickers. People being sold as slaves, mafia industries growing, this shows the challenges the EU is facing. But I do believe the EU can learn from this occurrence and will find a way to become stronger. Because without the EU, we are lost.

How should the EU conceive the management of migrant integration?

The subsidiarity principle is crucial to succeed. The EU should indeed manage its external borders and set out clear regulations in dealing with this. But towns, cities and regions should deal with the human side of the story. They should be supported. On this level, the exchange of best practices is crucial.

Traduire
Bart Somers will share the microphone with other mayors and migration experts at our conference in Bilbao in June 2018.