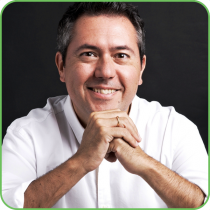 Mayor of Seville on climate change: ‘The job that lies ahead of us is enormous’

Hundreds of mayors and regional leaders around the world met on 12 November, during the UN Climate summit (COP23) in Bonn, to discuss progress in the fight against climate change since the adoption of the Paris Agreement in 2015.

In the frame of this meeting we have interviewed the Mayor of Seville and CEMR spokesperson on climate and energy, Juan Espadas. This interview is also available in Spanish.

Progress has been made in the fight against climate change. Are you satisfied with local governments’ achievements since the adoption of the Paris agreements?

Since the Paris agreements, the participation and actions of local governments have intensified. Thanks to these agreements, the question of climate change and its effects has become a priority in the agenda of many elected representatives.

But the truth is that many of these towns and regions had chosen the path of fighting climate change more than ten years ago, and they’re beginning to see the results of that choice now.

The job that lies ahead of us is enormous, which will force us to ramp up our efforts in terms of climate mitigation and adaptation, but also in terms of coordination. In order to reach the goal of reducing carbon emissions by 40%, we must join our efforts, both within and beyond our borders. That’s why we encourage Spanish municipalities to join the Covenant of mayors.

As president of the Spanish Network of Cities for the Climate and as the mayor of Seville, which initiatives have you set up since then?

Within the Spanish Network of Cities for the Climate*, we have set up expert groups in different fields of work, in order to facilitate the exchange of experience in implementing measures aiming to reduce greenhouse gas emissions.

That being said, we still have a lot of work to do to move towards a low-carbon economy. That’s why we are examining the actions that are already in place, because, in many cases, the introduction of new technologies is results in a reduction in carbon emissions. This is the case with the incorporation of LED lamps in public lighting.

In this context, through working groups within the Network and with the support of the Spanish Climate Change Office, we developed climate adaptation strategies: based on the specificities of each municipality.

In Seville, for example, we have reached the goals set for 2020 in the action plans for sustainable energy in the frame of the Covenant of Mayors. We also signed the new sustainable energy plans with the European Commission, in order to reach the engagements of the pact by 2030, in line with the Paris agreement. We also work on major projects concerning public transport, construction and the city’s entire transformation.

What difficulties do towns and cities come across when setting up projects for a sustainable future?

Another obstacle we face is the difficulty to identify positive measures and actions in terms of climate change that are replicable. That’s why, at the Spanish Network of Cities for the Climate, we have been working since 2016 to solve this problem by gathering successful and replicable experience for cities, as well as possible funding channels from the EU.

Many Spanish cities have signed the Seville declaration, an initiative from CEMR’s Spanish association (FEMP). What is this declaration for?

On 15 March, we presented the Seville declaration to show the commitment of cities in the circular economy. This production and consumption model offers to transform our waste into new resources. It’s about promoting a new system of production and economic growth based on the principles of nature, by reusing or recycling the materials and waste that we generate to create new raw materials.

From our cities, we can contribute to promoting a sustainable urban development model, increase efforts to reduce the environmental and climate impact, promote cooperation between local governments and strengthen public-private platforms.
To date, the Seville declaration has been signed by almost 150 Spanish municipalities, representing almost 8 million inhabitants.

You are CEMR’s spokesperson on Climate and Energy, as well as the President of the Spanish network for the climate. What is your message for the people taking part in COP23?

I would like to underlined the importance of local government’s participation in the decision making and implementation process. It is necessary to allow us to respect the Paris climate agreements.

The EU commits to reduce CO2 emissions by 40% by 2030. Do you think this goal is realistic?

This goal is very demanding, but it is necessary. That’s why we have to work in every possible field to make it a reality.

Multilevel governance is vital here. The idea that states make agreements and set goals alone is no longer sufficient. In every state, an agreement has to be made with regions and municipalities, in which funding and its distribution are defined with clear deadlines. As a consequence, an economic and political agreement, with short, mid and long-term goals is necessary.

Moreover, it is equally crucial for this agreement to have a social consensus. Citizens have to play the role of “game changers” in the fight against climate change. To do so, we must encourage those who have already internalised this struggle and who have started to change their behaviour.

Washington’s decision to withdraw the USA from the Paris agreement has left a hole in international climate governance. How could we fill in this empty space?

Without a doubt, this decision represents a real empty space at international level that must be filled in. To do so, it is necessary to increase efforts in other fields.  It is therefore very gratifying to observe that many states in the US have come out in favour of the Paris agreement and continue to implement measures to fight against climate change. In a way, they are filling in the void left by their central government.


*The Spanish Network of Cities for the Climate is a section of FEMP, made up of towns and cities having integrated adaptation and mitigation policies in their local agendas.