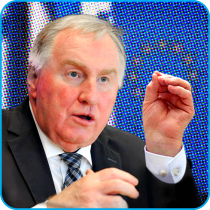 On July 12, Karl-Heinz Lambertz was elected President of the European Committee of the Regions (CoR). CEMR met him to discuss his mandate as CoR president, the future of Europe and cohesion policy.

What are the main priorities of your mandate?

The European Committee of the Regions' priorities were defined at the very beginning of the mandate, five years ago. Economic recovery, the territorial dimension of European legislation, a simplified Europe, the dialogue with citizens and Europe’s relationship with its borders: those are our five main fields of work.

That being said, these priorities should be able to swiftly adapt to changes.

Personally, I am particularly interested in a few other issues: local government’s investment and action capacities, the implementation of the European social pillar and cross-border cooperation.

The territorial dimension remains one of your priorities…

Absolutely. When following the development of European policies, we often notice that the territorial dimension is not sufficiently integrated in the policy making process, which sometimes prevents us from succeeding in their implementation.

In this sense, at the CoR, we share two strong beliefs that dominate all the rest. Firstly, no great issue or challenge of the 21st century will find its answer in a purely national approach, neither in an approach where each state sits on its own.

Secondly, we believe that citizens will only accept European integration if it is perceived as bringing economic, political but also emotional added value. People will experience this where they live: in towns and regions.

That is the reason for which the CoR keeps on fighting for more European integration with the involvement of local governments. They are essential and must play an important role in this process.

Your mandate as CoR President coincides with the debates on the future of Europe and the publication of the European Commission’s white paper. What do these debates inspire in you?

The debates we have had thus far were a good introduction. But what we are now waiting for is a clear proposal from the Commission.

Moreover, we need to know who will be on this journey. Will we be twenty-seven, more than twenty-seven or less? Are we considering something with the Eurozone countries or only with a part of the Eurozone?
We have a clear deadline to answer these questions: the European elections in 2019. We need to have something tangible before the elections if we want to prevent Euroscepticism from becoming even more widespread than it has been since 2014.

Are you not worried about the idea of a multi-speed Europe?

When facing a potential multi-speed Europe, what worries me the most is this obvious divergence of views in the management of the financial future of Europe.

On the one hand, there are those who defend limitless austerity and those who privilege greater flexibility. On the other hand, there is the division that took place with the eastern European countries as a reaction to the migration crisis. I am very surprised to see what is happening in countries such as Poland or Hungary.

But it is important to see how we reached this point and we must return to a dialogue so we can unite around a certain number of key, fundamental values for EU construction.

How does the CoR contribute to the discussions?

At the CoR, we launched “Reflecting on Europe”, an initiative that allows local and regional leaders, the population and others to lay out their preoccupations and ideas on the future of Europe.

One of the key steps of this reflexion will be the state of the Union from towns and regions’ perspective on 10 October. This event will take place each year in the scope of the European Week of Regions and Cities.

The debates on the future of cohesion policy have been launched. What it the CoR’s position?

Cohesion policy makes up the DNA of our institution: local governments and cohesion are inextricably linked. Furthermore, cohesion policy is one of the EU’s fundamental acquis, so we must carry on with it.

But this does not mean that everything must continue as it is now. We still need to adapt, we need more synergy with other policies, namely between agricultural policy and cohesion policy.

Which aspects of the debate worry you the most?

We need a cohesion policy in which everyone can play a role.

I am against a cohesion policy that would only support the poorest or least developed regions. Obviously, that is where the greatest efforts must be made, but cohesion must be for everyone, which means that the most advanced regions must keep taking part in this global cohesion policy.

Yet, I can see another danger linked to budgetary issues. Some believe that in order to adapt to the UK’s departure and new investment priorities, such as security, we will have to make budget cuts to agricultural policy and cohesion policy. We cannot forget that this danger exists.

What do you think of the possibility to introduce the conditionality principle in the future cohesion policy?

It is crucial to make the difference between internal and external conditionalities. The external ones are linked to the goals of the stability pact, to the European semester, or to fundamental rights. On this topic, we have a clear position: we are against it.

What happens with fundamental rights in certain European countries is very frustrating. But when we impose a sanction, we must always make sure we are reaching the right targets. With cohesion policy, for instance, we risk hurting those who did not contribute to the problem, but who, in fact, are victims. What’s more, we would give cynics and populists the power and arguments to say that Europe is cutting the aid it provides to citizens.

The CoR and local government networks such as CEMR have created the Alliance on the future of cohesion policy. What does this alliance do and what are its next steps?

The Alliance on the future of cohesion policy aims to mobilise all forces from politics, the media and associations to put pressure and convince those who have to decide, in the end, of the importance of keeping this policy and making it evolve. It is not enough to convince the ministersfor regional affairs, we also have to see what finance ministers will say at the negotiating table.

This Alliance will officially be launched on 11 October, during the European Week of Regions and Cities. At the moment, we are in the implementation phase.

Ways to better cooperate and to better coordinate the debates must be found. Everybody has limited resources and I see far too much double and triple use; the same things are done without coordination or it arrives too late.

Beyond structural dialogues, we should find a way to cooperate and sit around the table earlier in order to better orchestrate what we are doing.

Cohesion is a good tool for this, but there will be other issues such as the future of Europe from an institutional viewpoint, investment capacities, or migration.

How will the Memorandum of Understanding recently signed by the CoR and CEMR contribute to reaching your goals?

With this memorandum, both entities commit to join forces for local democracy.

This initiative is a plea to strengthen the links between the CoR and local governments in Europe, beyond our members, because there are far more local and regional representatives than those represented within the CoR. And that is where the role of associations is absolutely fundamental.

Meet Karl-Heinz Lambertz, the new President of the European Committee of the Regions