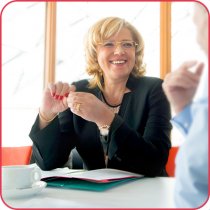 What will happen to cohesion policy at the next EU budget review in 2020? What shape should it take to respond to current challenges, like climate change or migration flows? Now that discussions around its future have been launched, we have interviewed the European Commissioner for Regional Policy, Corina Creţu.

The debates on the future of Cohesion Policy have been launched. In your opinion, what are the issues that will lead to intense negotiations?​

Cohesion policy should remain the key investment and innovation policy to deliver smart and sustainable growth and jobs for citizens all across Europe. I believe the most intensive negotiations will be on finding the right balance between reform and continuity.

For example, we need to discuss how to increase flexibility of cohesion policy, while preserving a stable mid-to long-term framework for investments in all EU regions. We need to be able to achieve results in a simple, fast, beneficiary-friendly and cost-effective manner, but we do not want to get rid of the elements that work well in practice.

Another important issue concerns development needs and administrative capacities of Member States and regions. These are not the same everywhere. This should be better reflected in the delivery system, yet the critical question is which objective criteria should we use as a basis for adopting differentiated approaches and which elements would need to be "differentiated".

Lastly, if we want to be serious about improving the management of EU funds both at Member State and EU level, we should also explore the possibilities for reducing complexities resulting from different rules applying to the cohesion policy funds.

How can towns and regions be better involved in the design of the next cohesion policy programming period?

Cohesion policy is about delivering investments where they are most needed, that is to say at local and regional level. It is therefore paramount that governments on the ground get involved upstream in the shaping of the future of cohesion policy. I am thankful to the CEMR for having provided many good ideas, and for their position and proposals for the future of the policy. The preparation of the next regulatory framework  (2020-2026) needs to be an inclusive process. The upcoming Cohesion Forum talking place on 26-27 June will be a great opportunity to start this work.

We can also build on the progress made in the 2014-2020 financial period. The involvement of local and regional governments was improved, notably through the strengthening of the partnership principle: the establishment of a European Code of Conduct on Partnership (ECCP) requested that Member States create a working partnership  with competent regional, local and urban governments and with other relevant stakeholders, when planning, implementing and monitoring projects financed by the European Structural and Investment Funds (ESIF). The Commission paid special attention to this during the negotiations on the Partnership Agreements and programmes for the current programming period, and will continue to do so in the next round of negotiations.

Furthermore, the Commission is currently reviewing  the ECCP to ensure that deliberative and active partnerships are supported to maximise their impact on policy-making. The review will set out recommendations to better embed the partnership principle into the next programming period, so that partners at local and regional level are duly involved by Member States.

Do you believe that local and regional governments should be held responsible whenever the national level does not respect the rule of law or the conditions imposed by the Stability Pact?

Local, regional and national finances are clearly strongly intertwined: the Commission’s assessment of the respect of the Growth and Stability Pact (SGP) is carried out on the basis of so-called “General Government” expenditure, which encompasses all levels of government, central, regional and local. Local and regional public spending amounts to an average of 30% of total public spending in the EU, this share being higher in certain Member States.

The situation of public spending at local and regional level therefore has an impact on the capacity of Member States to be compliant with the Growth and Stability Pact. However, I would recall that any possible suspension of funds would be subject to a number of mitigating factors that take account of the economic and social situation of the Member State, and would be immediately lifted in case of effective action.

As for the impact on local and regional governments of any violation of the rule of law at national level, the issue touches upon the institutional and legal framework of each Member State.

The EU has endorsed several global agendas (Habitat III, Paris Climate Agreements) that highlight the role of local governments to address global challenges such as climate change or the fight against urban poverty. How can the future cohesion policy deliver on these commitments towards the international community?

Indeed, the European Union is a strong supporter of these agendas. As one of the largest economies in the world, it is our responsibility to contribute proactively to paving the way for a sustainable future.

The United Nations' 2030 Agenda for Sustainable Development, adopted in 2015, is already reflected in many of the EU's policies and integrated in all of the Commission's top ten political priorities. Furthermore, in November 2016, the Commission published its Communication called "Next steps for a sustainable European Future, European action for sustainability" which shows that the EU is on the right track to achieve a sustainable European future.

This however cannot be done without the strong involvement of towns, cities and regions. Coming back from Quito last October, where I headed the EU's delegation to the United Nations "Habitat III" conference on housing and sustainable urban development, I had the confirmation that change could only come from local actors.

This is why I strongly believe that the future cohesion policy should continue to be inspired by the multi-governance principle. Look at how the Urban Agenda for the European Union, which will deliver the New Urban Agenda adopted in Quito, has successfully started: built on thematic partnerships, such as urban poverty, the inclusion of refugees, climate adaptation or energy transition, the Urban Agenda for the European Union puts cities, institutions, Member States and stakeholders at the same level to find concrete solutions and improve the daily life of millions of citizens.

I am committed to advocating for a future cohesion policy that will continue to bring significant support to sustainable and inclusive growth. This entails a strong cohesion policy, and this is why cohesion policy should remain the key EU investment and innovation policy.

It is one of the Commission’s priorities to make cohesion policy more visible and attractive. How do you intend to proceed?

Cohesion policy is doing a great job on the ground changing the lives of EU citizens, providing key assets and facilities across Europe's regions, like internet access, renovated schools or public transport. In spite of huge EU investment, which has improved thousands of communities, there are still many people across the Union who remain unaware of our achievements.

To tackle this issue, we propose to launch joint communication actions to raise the profile of cohesion policy. This will entail a grass-roots communication campaign covering the entire EU through web and social media, and emphasising cohesion policy's contribution to people's lives. This action at EU level must necessarily be coupled with action at the national, regional and local level too.

We are currently exploring how we can work more closely with CEMR, especially with regard to cohesion policy related debates at local and regional level.

CEMR, with its large network of local and regional members is ideally placed to organise such debates. While the topics of the debates should be linked to the achievements of cohesion policy to date, current opportunities and expectations towards the future cohesion policy, these debates need to be designed in a way that they cover topics which are specific to the individual regions and municipalities.

All of this is in addition, of course, to our existing and successful campaigns such as Europe In My Region, the RegioStars awards and the European Week of Regions and Cities.

The Commissioner for Budget and Human Resources, Gunther Oettinger, and yourself, are working on a reflection paper on the future of EU funding. What are the main aspects that you will discuss in this reflection? Will you touch upon the funding of cohesion policy?

The aim is to explore how the EU budget could be adapted to better address the upcoming challenges and the expectations of our citizens. What is the added value of the EU budget? What is the capacity of the EU budget to perform its traditional actions of allocation, distribution and stabilisation? How to address forthcoming gaps, such as the one resulting from Brexit? What new responsibilities and policies could be envisaged? These are some of the main questions which drive this reflexion paper. And of course, cohesion policy will be an important part of the discussions.

The timing of the proposal for the next MFF will depend on the process of the White Paper on the Future of Europe and on the Brexit negotiations with the UK. In the meantime, discussions will be tough and I will continue to advocate for a strong cohesion policy, as it is the most concrete and visible expression of European solidarity. And given the challenges ahead of us, we need it more than ever.

As Commissioner for Regional Policy, what is your vision for the future of Europe and regional policy?

A strong cohesion policy is needed more than ever. It is the most concrete expression of European solidarity. Nobody must be left behind! It shows Europe in action everywhere, it brings Europe and European values and objectives closer to citizens.

It is also about creating ownership, building on a permanent dialogue between all levels of government and involving local communities, businesses and stakeholders in shaping EU action. We need to build trust, we need to foster participation, to empower people and communities where they live.

It is high time to bridge the gap between what people expect of Europe and what Europe is able to deliver - because Europe is embodied by the people and cohesion policy is designed to be delivered by the people, by local communities and businesses. They tailor investments to their specific needs. This is the future Europe I would like to see, and this is what we are working to create.