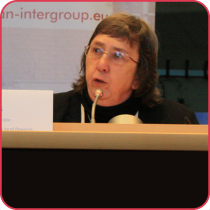 How can cities and regions turn barriers in long-term investments into future opportunities?

Cities and regions call the EU institutions for flexibility when making long-term public investments in strategic public sectors. On 8 March 2017 the URBAN Intergroup and the Long-Term Investment and Reindustrialisation Intergroup hosted a joint workshop led by POLIS and co-organised by CEMR and EUROCITIES at the European Parliament in Brussels entitled “Long-term investments: Barriers and opportunities for regional and local authorities”.

The purpose of the event was to address the challenges that municipalities, cities, regions and the private sectors face when making long-term investments. The Stability and Growth Pact (SGP), the Treaty on Stability, Coordination and Governance (TSCG) and the European Accounting Standards (ESA 2010) have a strong impact on the regional and local public investments in several sectors such as transport, social housing and waste management.

Municipalities, cities and regions together called for more flexibility in budget and financial accounting rules in order to boost local investments delivering long-term benefits. Bearing in mind the upcoming second iteration of the European Fund for Strategic Investments (EFSI), the future negotiations for the Multiannual Financial Framework (MFF) post 2020 as well as the revision of the European Monetary Union within the next two years, long-term investment will be key to continue supporting growth, employment and efficiency across Europe.

Some key solutions have been suggested during the debate. In that perspective, EU organisations of local and regional authorities are committed to the following actions:

Local and Regional perspectives on this issue

Flo Clucas, Councillor,Cheltenham (LGA, UK) - CEMR spokesperson on local finances said that “Good quality investment is the key to real and sustained growth, jobs and services. For towns, cities and regions to be able to grow their economies, their business and employment base, they need to invest. Currently, fiscal rules both by national governments and the EU prevent local governments from investing, as when they borrow, their investments count as national government debt. If we want our economies to grow, that has to change and become more flexible."

“The European Commission consistently calls for investment to spur economic growth and create jobs. National and local governments are urged to set up large infrastructure projects together with the private sector. That is all very well, but it is in complete contradiction to the strictness with which budgetary rules are applied”, said Pascal Smet, Minister of Mobility and Public Works of Brussels Capital Region (Polis member) during his speech on how to unlock transport infrastructure investments for the future. “The Brussels Capital Government will invest 5.2 billion euros in new metro and tram lines and 750 million euros to renovate its tunnels but accounting rules prevent us from spreading out these investments in line with the works carried out. In addition, rules on Public Private Partnerships have become so strict that it proves difficult to activate private capital. The city cannot wait for European accountants to see the light if we want to carry on our investment and projects”.

Tanja Wehsely, Chair of the Committee on Financial, Economic and International Affairs of the Vienna City Council – Chair of EUROCITIES economic and development forum, also clearly explained the situation on investment issues locally: “Vienna and many other fast growing cities face a need for long term public investments, and a good mix of instruments is vital. We are convinced that EU funds and EIB loans must fit our systematic integrated policy approach, and not the other way round. We want to underline that sustainable long-term public investments are not only good for our citizens, but also for the economy in general. Therefore, we must examine together how the statistical treatment of public expenses in the Stability and Growth Pact can be adapted better to our needs for investment in the future of our citizens.”

The Council of European Municipalities and Regions (CEMR) is the broadest organisation of local and regional governments in Europe. Its members are over 60 national associations of municipalities and regions from 41 European countries. Together these associations represent some 130.000 municipalities, cities and regions. For several years an in-depth work on local public finances has been conducted by CEMR members, and a position paper on “Reviving local public Investments” was adopted by CEMR policy committee in December 2015. A regular dialogue is also maintained with EU institutions and other engaged stakeholders active on this topic.

Polis is the leading European network of cities and regions on urban transport innovation. We work together with more than 65 cities and regions across the EU to develop sustainable urban mobility solutions for the city of today and tomorrow. Polis draws its expertise from a network of decision makers, technicians and managers working in transport authorities at local and regional level across the European Union. Building on results developed in European projects and in thematic working groups that touch upon key transport challenges, we link innovation and public policy orientations on urban and regional mobility at European level.

EUROCITIES is the network of major European cities. We bring together the local governments of over 130 of Europe's largest cities and 40 partner cities that between them govern 130 million citizens across 35 countries. Our members are the elected local and municipal governments of major European cities.  Through six thematic forums, a wide range of working groups, projects, activities and events, we offer members a platform for sharing knowledge and exchanging ideas. We influence and work with the EU institutions to respond to common issues that affect the day-to-day lives of Europeans.  Our objective is to reinforce the important role that local governments should play in a multilevel governance structure.