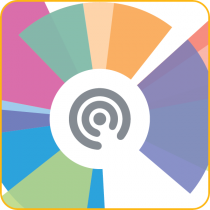 New study: all the latest numbers on local finance worldwide

Our global organisation - UCLG, the OECD and the AFD have published a fascinating study on the structures and finances of local and regional governments worldwide.

This 300-page study is both very clear and detailed, with fact sheets on subnational governments in every country, as well as infographics, charts and analyses on topics ranging from government spending to investment, revenue and debt. It is the first time that such a study with a global vision has been conducted.

Through the collection and analysis of qualitative and quantitative data on an unprecedented scale, this study attempts to give the tools to answer all questions you may have with a global outlook.

CEMR also published a similar study earlier this year, revealing all the latest numbers on Europe’s towns and regions: “Local and Regional Governments in Europe – Structures and Competences”.

This publication was launched at the UCLG Summit in Bogota in October 2016, and serves as the first building block of the Global Observatory of Local Finances. The Observatory aims to “ensure a non-normative monitoring of local governments’ ability to implement, from a financial perspective, the tasks that have been entrusted to them by law”.

Traduire
About UCLG: United Cities and Local Governments (UCLG) is our global organisation, representing over 240,000 towns and regions, 175 local government associations, and 5 billion people worldwide. UCLG defends the voice of local governments on the global stage.