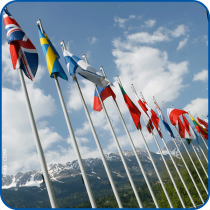 In Nicosia, we are building the Europe of tomorrow

Within the context of the CEMR Congress in Nicosia, CEMR president and mayor of Santander (Spain) Iñigo de la Serna, and the mayor of Nicosia (Cyprus), Constantinos Yiorkadjis, made a joint declaration that was published in the Cypriot media. In this declaration, they stressed that Europe has been facing a crisis for several years and that there is a need for a renewed ambition and political courage. Being on the frontline before these challenges, and as the sphere of governance which is closest to citizens, local and regional governments are the natural leaders of this reflection process.

Without doubt, Europe is undergoing a series of crises that is presenting serious challenges to the European project of political integration that has been built over the past sixty years.

And while political debates are playing out at the highest levels of the decision-making process, the real impact of these crises is felt most strongly at the level of local government, where the proximity to citizens is closest and repercussions the most tangible and immediate. Every single day, towns, cities and regions are playing a key role in facing up to the challenges, adopting “human solutions” and constantly evolving their approaches to become more innovative, cost-effective, and sustainable for the long-term.

The refugee crisis is a case in point. In recent months, we have seen that towns and regions are the ones who have provided refugees with food, housing, health services and social help, often without support or coordination from the state, nor access to European funding. They have taken on a disproportionate responsibility to provide emergency assistance, in coordination with volunteer organisations and NGOs.

At the 2016 Congress taking place in Nicosia, the Council of European Municipalities and Regions (CEMR) and its partners from around the world will be discussing these key challenges and how best to equip our towns, cities and regions to deal with them for the years to come.

The rationale behind this edition of CEMR’s Congress is to start by drawing the context within which we must prepare local and regional governments for tomorrow. Throughout the Congress and its 30+ sessions, best practices will be shared, solutions and ideas will be proposed and discussed, with the aim of drawing up with a vision and a commitment to achieve this vision together and with our European and global partners.

Without doubt, Nicosia – and Cyprus more generally – provides the ideal setting in which these discussions can be had. A European capital divided by conflict, but one that is constantly finding ways of moving ahead with solutions that better the lives of its citizens. A city with a rich multicultural history, that has in recent years opened its doors to ‘new’ citizens, integrating migrant communities from far and wide. And Cyprus, having seemingly overcome a major economic shock in 2013, and with talks ongoing for a resolution of the long-standing Cyprus Problem ongoing, now finding itself at the centre of region beset by conflict and instability.

But what makes the CEMR 2016 Congress stand out? Firstly, the fact that there will be over 100,000 local and regional governments represented in Nicosia, via their associations and their elected representatives, a truly unique opportunity for networking and learning across cities, countries, sectors, and cultures.

And secondly, the breadth of the discussion, such as how to create green spaces in urban areas, how to care effectively for ageing populations, how to deal with social exclusion, identifying ways of warding off the increasing threat radicalisation, how to improve local public service management, and in what ways cooperation between municipalities can be enhanced and developed.

To the questions of whether Europe reached a point of no return, our answer is a resounding NO. For CEMR, tomorrow starts today and we are determined to shape a local and regional vision for Europe in 2030.